WASHINGTON (AP) — The man who lives at 1600 Pennsylvania Ave. is more than just another celebrity, or the famous face behind the government’s troubled health care website. Here are five new things about President Barack Obama:

HE SINGS IN THE BATHROOM

Obama showed off his pipes when he sang the opening lines of the Al Green classic “Let’s Stay Together” at a New York fundraiser in January 2012. He apparently has had a lot of practice. Asked during an interview on BET’s “106 & Park” about her husband’s unexpected turn as a balladeer, Michelle Obama said he sings all the time. Oh, yes, he’s in the bathroom all the time just singing. He is always willing to sing. He’s like, ‘You want me to sing now, want me to sing something for you?’

THIS PRESIDENT CAN COOK

Obama said the mothers of the Pakistani roommates he had in college in 1980 taught him how to cook a traditional South Asian meat dish called keema, a lentil dish known as daal and other very good Pakistani food. (He studied at Occidental College in Los Angeles from 1979-81.) Sam Kass, the chef Obama brought with him from Chicago to cook meals for the first family, didn’t sound too worried about his pots and pans in the president’s hands. If he wants to make dinner now and again, that’s fine by me, Kass said in an interview.

An avid basketball fan, Obama got a busted lip, and 12 stitches, playing basketball the day after Thanksgiving in 2010. He revealed the past broken nose while arguing that his health care law has made the monthly cost of insurance so cheap that young adults who often feel immune to illness or injury should buy a policy to protect themselves. “I kind of remember when I was in my 20s and early 30s I thought I was invincible, but it turns out I broke my nose playing basketball,” he told the Fusion television network in an interview. “There were times where I had unexpected illnesses or accidents, and making sure that you’ve got coverage insures that you’re not ending up paying out of pocket thousands of dollars that you may not have.

Besides the years spent growing up in Hawaii and Indonesia, Obama traveled the globe before landing his current job. Italy and Pakistan were on the pre-White House itinerary; he has been to Italy as president, but not Pakistan. Obama said he went to Pakistan in 1980 because of his college roommates. “It was a wonderful trip for me, and created a great appreciation and a great love for the Pakistani people,” he said after an Oval Office meeting with that country’s prime minister, Nawaz Sharif. As for Italy, he revealed after a separate Oval Office meeting with Prime Minister Enrico Letta that he and Michelle had been to Tuscany before he became president. Letta invited him to come back, but Obama didn’t commit to returning before his term ends in 2017.

When Obama signed a bill encouraging schools to stockpile epinephrine, which is used to treat people with severe allergies, he revealed that his 15-year-old daughter, Malia, has a peanut allergy. It was known that she has other allergies, which is why the Obamas chose Portuguese water dogs as the family pets. The breed is said to be good for allergy sufferers. Obama said making sure epinephrine is readily available in schools in case of emergency is something that every parent can understand. 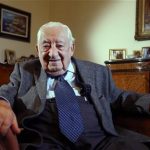 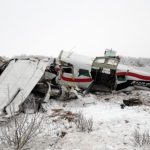 “Zero Dark Thirty”: too cool, or too controversial for Oscars? 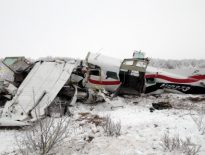 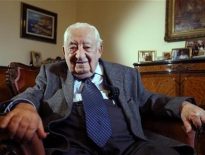