(Reuters) – Chinese prosecutors demanded a heavy sentence for ousted top politician Bo Xilai as his divisive, dramatic trial ended on Monday, saying his “whimsical” challenge to charges of bribery, graft and abuse of power flew in the face of the evidence. 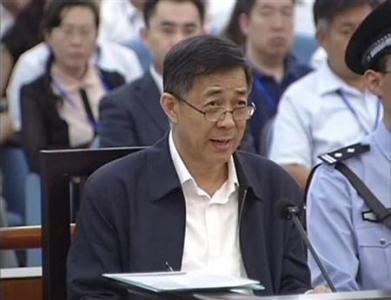 Bo was a rising star in China’s leadership circles when his career was stopped short last year by a murder scandal in which his wife, Gu Kailai, was convicted of poisoning a British businessman, Neil Heywood, who had been a family friend.

Bo, who was Communist Party chief of the southwestern metropolis of Chongqing, has mounted an unexpectedly feisty defense since the trial began on Thursday, denouncing testimony against him by his wife as the ravings of a mad woman.

The court, announcing the end of the five-day trial, said the verdict would come at a later date. It did not provide details, but it could be announced within the next few weeks.

Bo has repeatedly said he is not guilty of any of the charges, although he has admitted to making some bad decisions and to shaming his country by his handling of former Chongqing police chief, Wang Lijun, who first told Bo that Gu had probably murdered Heywood.

Wang fled to the U.S. consulate in the nearby city of Chengdu in February last year after confronting Bo with evidence that Gu was involved in the murder. Wang was also jailed last year for covering up the crime.

Summing up the evidence, the state’s prosecutor said Bo should not be shown leniency as he had recanted admissions of guilt provided ahead of the trial.

“Over the past few days of the trial, the accused Bo Xilai has not only flatly denied a vast amount of conclusive evidence and facts of his crimes, he has also repudiated his pre-trial written testimony and materials,” the court cited the prosecutor as saying.

“We take this opportunity to remind Bo Xilai: the facts of the crimes are objective, and can’t be shifted around on your whim,” it said, without saying which of the four prosecutors had made the remarks.

In his final address to the court, Bo admitted to personal failings.

“I know I’m an imperfect man,” Bo said. “I’m very subjective and bad-tempered. I have committed serious errors and mistakes … I did not manage my family and subordinates well, I have made big mistakes and am sorry to the party and the people.”

Bo could theoretically be given the death penalty for the charges, although many observers say that is unlikely as the party will not want to make a martyr of a man whose left-leaning social welfare policies won much popular support.

Two legal experts told Reuters they thought that the details of the actual charges laid against Bo suggested he would be spared the death penalty.

“It was other people who took the money,” said Gu Yushu, a lawyer who Bo’s sister originally wanted as his lawyer, but was not allowed to retain.

“The direct link to him is not very clear,” added Gu, who thought a 15 year sentence could be expected.

Shang Baojun, a prominent human rights lawyer, agreed that capital punishment was legally unlikely as Bo was not directly linked to Heywood’s murder, and praised Bo’s performance in court, even if he thought it would not likely affect the verdict.

“He spoke very fluently, very passionately, but whether it was enough to convince anyone is another question,” Shang said. “He was obviously very well prepared by his defense team. He knew his talking points to a tee.”

The trial has heard many salacious allegations against Bo, with transcripts, although probably edited, being carried on the court’s official microblog.

The prosecution has alleged that Bo took more than 20 million yuan ($3.27 million) in bribes from two businessmen, embezzled another 5 million yuan from a government building project, and abused his power in trying to cover up Gu’s crime.

Details have been presented of a villa on the French Riviera bought for the Bo family by businessman Xu Ming, who also paid for foreign trips by Bo and Gu’s only son, Bo Guagua, offering a glimpse into the lifestyles of China’s elite politicians.

Bo said that he had initially admitted to Communist Party anti-corruption investigators that he received bribes as he had been “under psychological pressure”.

Bo also said he been framed by one of the men accused of bribing him, businessman Tang Xiaolin, who he called a “mad dog”.

The prosecutor said Bo’s lack of contrition would count against him.

“The severeness of the accused’s crimes, and that he refused to admit guilt, don’t match the circumstances of leniency, and (he) must be severely punished in accordance with the law.”

Bo said he had offered his confession about accepting bribes from Tang because he wanted to “cooperate, to get the understanding” of the party, which at the time was leading the investigation into him.

“At the time, I had a spark of hope, I hoped to keep my party membership, to keep my political life,” Bo said, according to the court’s transcript.

There was no mention in the transcript of Bo’s previous assertion of being pressured to confess, although he said he had felt “under pressure” throughout the entire investigation into him.

Bo also provided a new explanation for why Wang – who has accused Bo of punching him upon the news of Gu’s involvement in Heywood’s murder – fled to the U.S. consulate.

“He was secretly in love with Gu Kailai,” Bo said, adding that Gu had rejected the former police chief. “He muscled in on my home, on my feelings, which is the real reason for his defection.”

Despite Bo’s gutsy defense, a guilty verdict is a foregone conclusion as China’s courts are controlled by the Communist Party. State media, which speaks for the party, has already all but condemned him. 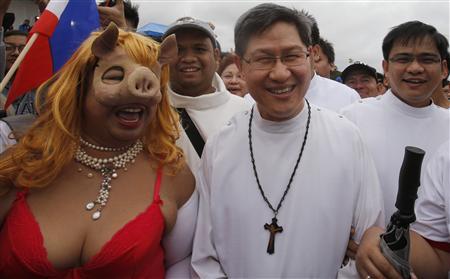 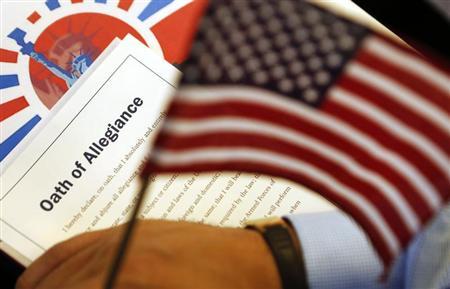