WASHINGTON—President Barack Obama, under growing pressure after a setback in the war against Islamic State, is poised to accelerate the training and equipping of Sunni tribal fighters so they can try to reverse the extremists’ recent gains, administration officials said.

Mr. Obama met Tuesday with top national-security advisers in the aftermath of a humiliating defeat of Iraqi security forces in the city of Ramadi. The Sunni extremists of Islamic State seized the capital city of volatile Sunni-dominated Anbar province over the weekend.

U.S. officials initially played down the importance of the takeover of Ramadi, 70 miles northwest of Baghdad in Iraq’s largest province. But the battle exposed crucial weaknesses within the Iraqi military, which is at the heart of the American strategy, and prompted the White House to acknowledge a setback.

The fall of Ramadi effectively settled the debate between Washington and Baghdad over where to focus the fight. After retaking the city of Tikrit in March, Baghdad wanted to focus on Anbar. Some U.S. officials wanted to focus on retaking Mosul, Iraq’s second largest city.

Now U.S. officials are scrapping the idea of immediately turning toward Mosul and plan to focus intensely on Anbar province.

White House press secretary Josh Earnest described the war as days of progress and…periods of setback. He said the president and his national-security team are taking a look at some areas where the strategy isn’t working as intended and needs to be upgraded.

The U.S. has pushed for development of a Sunni-dominated national guard force under Baghdad’s control, but that proposal was stalled by Shiite lawmakers concerned about arming a Sunni force they say would also increase sectarian tensions.

The White House supports the training and equipping of more Sunni fighters through an existing military training program. So far, that U.S. mission has retrained 7,000 Iraqi fighters, but it is unclear what role, if any, those forces have had on the battlefield.

U.S. officials cast the fall of Ramadi as one front in a complex war likely to include more setbacks in the coming years. Washington still sees Ramadi as markedly different from the tightly guarded capital of Baghdad or the country’s fiercely protected Kurdish territory.

Islamic State’s conquests in Iraq so far have been largely confined to the country’s Sunni heartland.

Mr. Obama conferred Tuesday with more than two dozen of his top national-security advisers. But administration officials said they weren’t anticipating radical changes in the U.S. strategy that would send more American troops to the region to fight Islamic State, also known as ISIS and ISIL.

Are we going to light our hair on fire every time that there is a setback in the campaign against ISIL? Or are we going to take very seriously our responsibility to evaluate those areas where we succeed and evaluate where steps are necessary for us to change our strategy where we sustain setbacks? Mr. Earnest said.

The loss of Ramadi prompted criticism of the president’s approach from Republicans and Democrats.

The president’s plan isn’t working, House Speaker John Boehner (R., Ohio) said. It’s time for him to come up with a real, overarching strategy to defeat the ongoing terrorist threat.

Rep. Adam Schiff (D., Calif.), the ranking Democrat on the House Permanent Select Committee on Intelligence, said: I don’t think we’re losing the war, but I don’t think we are making tremendous progress either.

A senior defense official said there is no reason for an overhaul of strategy. The Department believes the current course of action is the right one, the official said.

Some American and Iraqi officials characterized the fall of Ramadi as an anomaly. They cited exceptional factors including a dust storm the night the jihadists began their latest incursion into the city on Thursday. U.S. officials suggest an audio recording released earlier that day purporting to be Islamic State chief Abu Bakr al-Baghdadi galvanized the militant fighters who flooded Ramadi.

The defeat also highlighted an Islamic State tactic that Iraqi commanders say has in recent weeks become, by far, the most lethal to their troops: highly coordinated attacks using multiple, explosives-laden cars and trucks.

Iraqi soldiers lack the armor-piercing weapons to counter these so-called Vehicle Borne Improvised Explosive Devices, or VBIEDs, which are also having a severe psychological impact on Iraqi forces, officials said.

The war our forces are facing is not conventional. Operations to hold the land have been very, very difficult, said Naseer Nori, a media relations official at Iraq’s Defense Ministry.

On Friday, hours after Islamic State seized the main government compound in Ramadi, the U.S. committed to provide Baghdad with 1,000 shoulder-held rockets expected to be delivered in June.

Administration officials say Baghdad isn’t at risk of falling into the group’s hands. But past U.S. claims have deepened skepticism that Washington has a firm understanding of dynamics on the ground.

Last month, after Iraqi forces retook control of the city of Tikrit, Vice President Joe Biden declared that Islamic State’s momentum had been halted and the White House said its strategy was succeeding.

In Baghdad, military planning was under way for a Ramadi counteroffensive, Iraqi officials said. The cabinet and some lawmakers rallied behind the prime minister’s move to send the country’s mostly-Shiite paramilitary force to Anbar, underscoring the force’s widespread popularity in Iraq despite concerns by some Iraqi Sunnis and U.S. officials that their deployment to the Sunni-dominated province will bring sectarian trouble.

The statements reflected an effort by the government to project control and unity ahead of a military campaign in Anbar expected to be difficult.

The leading Shiite militias in the paramilitary force, including ones that have been longtime adversaries of the U.S., began to deploy their fighters to Anbar on Monday, and some said they already started new attacks on Islamic State in the area.

On Tuesday, militia fighters deployed to two districts east of Ramadi—Habbaniya and Khalidiya.

They built sand barriers around their positions and began to use surveillance drones to scout enemy lines and gatherings, and set plans of attack accordingly, said Maj. Wamidh Zanghanna, a commander with the Badr Organization, a leading Shiite group.

Some of the Shiite militias in Iraq have used surveillance drones in previous battles, but Mr. Zanghanna’s claim couldn’t be verified independently.

—Nour Malas contributed to this article. 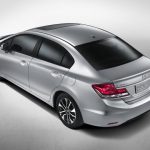 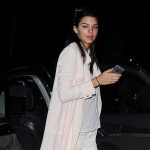 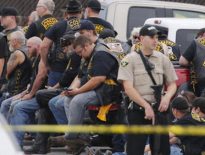 Us 7 motorcycle clubs the feds say are highly structu… 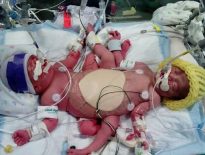 Health Rare identical triplets, 2 of whom are conjoined, …