(Reuters) – China has spent nearly $1 billion on an ultra-deepwater rig that appears intended to explore disputed areas of the South China Sea, one of Asia’s most volatile hotspots and where the United States is strengthening ties with Beijing’s rival claimants.

“With Chinese offshore drilling technology improving, it is just a matter of time for them to enter the central and southern part of the South China Sea,” said Liu Feng, senior researcher at the state-backed National Institute for South China Sea Studies.

Asked whether CNOOC would move the rig to disputed waters, Lin Boqiang, professor and director of the China Center for Energy Economics Research at Xiamen University, said: “I feel they will … If CNOOC does not do it, other countries will do it. So why (should) CNOOC not do it?”

The deepwater area of the South China Sea remains untapped, largely because tensions between rival claimants have made oil companies and private rig-builders reluctant to explore contentious acreage well away from sovereign coastlines.

CNOOC, or the China National Offshore Oil Corp, is an $89 billion company with oil and gas assets in Indonesia, Iraq, Australia, Africa, North and South America, as well as China.

It declined comment on whether it would move the 981 rig into disputed waters, although the company described the vessel as “mobile national territory” when it began drilling 320 km (200 miles) south of Hong Kong last month.

That sparked concerns that China’s quest for oil and gas to feed its economy would push Beijing into the disputed zone of the South China Sea and potentially a confrontation with other claimants.

In response, Vietnam called for mutual respect of international law governing exploration in the South China Sea, which it calls the East Sea.

“Activities in the East Sea by countries must abide by international laws … and must not infringe upon sovereignty, sovereign rights and national jurisdiction of other countries,” said Luong Thanh Nghi, spokesman for Vietnam’s foreign ministry.

Vietnam and the Philippines have been the most vocal opponents of China. Last week, both China and the Philippines pulled back vessels from a group of rocks in the sea called the Scarborough Shoal, ending a two-month stand-off. Both cited bad weather as the reason.

The United States has a long-standing relationship with the Philippines and is also strengthening ties with Vietnam.

Defense Secretary Leon Panetta was in Vietnam this month and during a tour of the deep water port of Cam Ranh Bay, a key U.S. base during the Vietnam War, he said the use of the harbor would be important to the Pentagon as it moved more ships to Asia. Secretary of State Hillary Clinton is also due to visit Hanoi next month.

RICHES BELOW THE SEA

Rich hydrocarbon resources are believed to lie below the centre and south of the South China Sea, which is in the disputed zone. Estimates for proven and undiscovered oil reserves in the entire sea range from 28 billion to as high as 213 billion barrels of oil, the U.S. Energy Information Administration said in a March 2008 report.

That would be equivalent to more than 60 years of current Chinese demand, under the most optimistic outlook, and surpass every country’s proven oil reserves except Saudi Arabia and Venezuela, according to the BP Statistical Review.

In a report last month, Xinhua news agency said about 70 percent of the oil and gas resources in the South China Sea were believed to exist in deep water.

Geologists have said most oil and gas resources likely lie in areas where the sea floor is between several hundred meters and 3,000 meters deep, although parts are up to 4,700 meters deep.

Using the 981 rig, China is capable of drilling for oil in waters as deep as 3,000 meters for the first time. The rig is now drilling at a depth of only 1,500 meters, another reason experts say it is likely to be moved further south.

China had to wait for its own ultra-deepwater rig as private rigs were unavailable for hire because of a global exploration boom. Utilization rates of deepwater rigs, including semi-submersibles and drill ships, have been in the range of 90-100 percent.

The equipment shortage has also deterred foreign companies from exploring the deep water of the South China Sea, in addition to their reluctance to venture into disputed territory.

“If you can drill in West Africa and the Gulf of Mexcio, Brazil and North Sea, why come to the South China Sea?” said Gordon Kwan, head of Energy Research at Mirae Asset Securities.

China, the world’s largest energy user, is already relying on imports for over half of its oil needs. It has long hoped to expand deepwater exploration in the South China Sea as onshore production growth sags.

So far, the offshore exploration of CNOOC and the other two Chinese state oil giants PetroChina and Sinopec Corp has been largely limited to waters along or close to China’s continental shelf. Foreign firms like Husky and Eni hold offshore deepwater production sharing contracts with CNOOC.

But deployment of the CNOOC rig and suggestions China has developed the expertise needed to build complex ancillary equipment, including pipe-laying ships, signals the exploration could move south.

CNOOC, which derives nearly all its domestic output from shallow waters, has vowed to build deepwater capacity of one million barrels of oil equivalents per day by 2020, more than doubling the company’s total production.

“Is CNOOC doing this because they desperately need to deliver production growth? Absolutely,” said Simon Powell, head of Asian Oil and Gas Research at CLSA. “Are they also doing it at the government request to plant the national flag so to speak? I have no idea.”

Any decision to push into disputed waters will be taken by policymakers in Beijing, not CNOOC. Some industry observers say any exploration is unlikely in the area while tensions remain high.

Still, CNOOC, which has struggled to deliver production growth, may want to exploit nationalistic sentiment to drum up state support for its deepwater exploration agenda, analysts said.

“Chinese state media seemed to be excited by the rig, the technology,” said Li Mingjiang, an assistant professor and a China expert at Singapore’s Nanyang Technological University. “By playing up nationalism, it could help CNOOC gain more state policy support, more investment.”

The big risk for CNOOC is that no one knows how hydrocarbon deposits are spread across the sea-bed.

Discoveries near the coasts of Southeast Asian countries in recent years were mostly natural gas, reinforcing the belief among geologists and explorers there should be more gas than oil in the South China Sea.

Natural gas yields much lower returns than oil because gas is generally cheaper but costs much more to produce, store and transport.

“Aside from geopolitical risk, the bigger question is if 981 finds anything, is it more likely to be gas than oil?” CLSA’s Powell said. “If they find natural gas in 1 or 2 km (deep) waters, then it could very likely be stranded gas. In other words, it is uneconomic.” 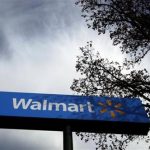 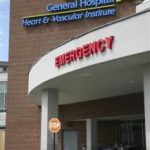 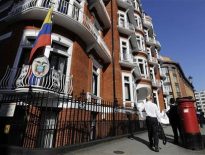 Europe No easy way out for Assange holed up in embassy