Democratic lawmakers on Friday demanded that the White House turn over documents related to allegations that President Donald Trump pressured Ukraine for political favors, as the explosive impeachment investigation against the US leader intensified.

The congressional committees leading the probe cranked up the heat on the White House as evidence mounted that Trump illicitly used his office to enlist Ukraine President Volodymyr Zelensky’s help to damage 2020 Democratic rival Joe Biden, in exchange for military aid.

The White House has refused to engage with — or even respond to — multiple requests for documents, the Democratic chairmen of the House oversight, intelligence and foreign affairs committees said.

His actions have left us with no choice but to issue this subpoena.

In their letter to acting White House Chief of Staff Mick Mulvaney, the committees demanded that he turn over the requested files by October 18.

The investigators pointed to Pence’s knowledge of Trump’s calls to Zelensky and his own meeting on September 1 with the Ukraine leader, as well as discussions he may have had with Trump and US diplomats about Ukraine and obtaining political dirt on Biden.

New insight into Trump’s Ukraine involvement might be forthcoming from a potential second whistleblower with more direct information than the US intelligence community member who broke open the scandal two weeks ago, the New York Times reported late Friday.

Intelligence community Inspector General Michael Atkinson has already interviewed the second official as part of his work corroborating the original whistleblower’s story, it said, citing two sources who said the individual was still weighing whether to file a complaint.

Meanwhile, a series of text messages between US diplomats dealing with Ukraine, made public by the congressional investigators, supported Democratic accusations that Trump had illegally sought foreign help for his reelection effort.

And the Wall Street Journal reported that, in an interview, Republican Senator Ron Johnson said he had learned that a quid pro quo had been proposed to Zelensky’s government by Trump’s emissaries, tying military aid to a Ukraine corruption investigation into Biden.

Trump pushed back hard, saying there was no quid pro quo and, in an effort to recast the entire saga, insisted it was his responsibility to investigate corruption.

I don’t care about Biden’s campaign but I care about corruption, he told reporters.

The former US vice president responded by calling Trump the most corrupt president we’ve had in modern history.

I am not going to stand for it, Biden said at a campaign event in Los Angeles, deeming Trump unhinged.

He has indicted himself by his own statements, Biden added, one day after Trump openly called for both Beijing and Kiev to investigate the Democrat for corruption.

Trump has alleged that Biden’s son Hunter earned millions from sitting on the board of directors of a Ukraine tycoon’s gas company.

But no evidence has surfaced showing wrongdoing on the part of either Biden.

The diplomats’ text messages showed that some had doubts about Trump’s pressure on Zelensky, including allegedly freezing a $400 million military aid package.

The release last week of the complaint and a summary of Trump’s July 25 call with Zelensky, in which he asked for a favor and referred to investigating Biden, ignited the Democrats’ impeachment inquiry.

The call record shows that Trump pressured a foreign leader to interfere in the 2020 election by investigating a political opponent. Those facts cannot be seriously contested, Schiff said.

Trump, who has repeatedly suggested Schiff be tried for treason, called the lawmaker a sick puppy Friday in another furious Twitter outburst.

As Democrats raised their attacks on Trump, many Republicans remained muted, supportive of the president but keeping a distance.

Breaking with the pack, Republican Senator Mitt Romney blasted Trump’s comments that Beijing and Kiev should investigate Biden for corruption.

By all appearances, the President’s brazen and unprecedented appeal to China and to Ukraine to investigate Joe Biden is wrong and appalling, tweeted Romney, the Republican presidential nominee in 2012. 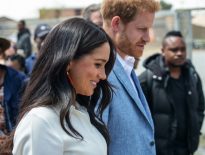 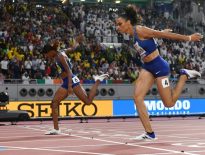