African immigrants picked in the diversity visa lottery are far more likely to be educated and successful in the U.S. than the president suggested in his latest tirade.

The president’s unfortunate “shithole countries” comment came about as he argued for eliminating the diversity visa lottery program. It was through this program that I came to live in the United States.

Is the diversity visa program really sending the “worst of the worst,” as President Donald Trump suggested? Or is this really about race and curbing the diversity of this nation?

Here’s why I think it is the latter.

Allow me to share my personal story to illustrate how the “merit-based” immigration argument that some Republicans are so fixated on fails. As explained by former Trump campaign manager Corey Lewandowski on CNN, Trump’s take on immigration has to do with “the high per capita income of Norway as compared to African nations.”

The year I came to the U.S., three college friends also came via the diversity visa, all from the same college in Ethiopia. With a few hundred dollars in our pockets, we settled in beautiful Seattle.

We worked hard. One went on to join the U.S. Air Force, another went into health care and works at Veterans Affairs serving veterans, another became an engineer. I went to law school and became an attorney. I understand not all of my fellow immigrants were able to attend college, and yet they work hard every day in labor-intensive jobs, they pay their taxes and raise families. This is not unique. African immigrants are among the most educated immigrant group in the U.S.

And let’s not forget the famous folk-song lyrics, “this land was made for you and me.” It may not seem like that now, especially for people of color and immigrants, but remember America swings like a pendulum, assuring us that the pendulum will swing back. It was Woody Guthrie’s song that played at my citizenship and naturalization ceremony, with a screen showing images of the beautiful American landscape in the background. I saw immigrants, some African, wiping away tears of joy.

From its beginning, those who were oppressed came to the U.S., immigrant, poor, seeking freedom. Tell me of a single country where parents of its two most recent presidents were both foreign-born immigrants. Trump’s mother, Mary Trump, came from Scotland, and Obama’s father came from Kenya.

We are all relative newcomers, whether our families arrived a few hundred years ago, 50 years ago, or five years ago. 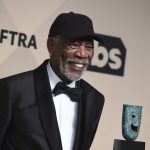 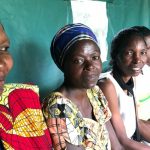 I’m an African immigrant and an American success story 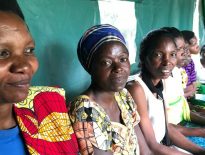 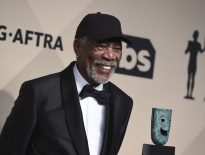