The former French president Nicolas Sarkozy has been taken into police custody to be questioned over allegations that he received millions of euros in illegal election campaign funding from the regime of the late Libyan dictator Muammar Gaddafi.

Sarkozy, who was France’s rightwing president from 2007 to 2012, was being questioned early on Tuesday morning at a police station in Nanterre, north-west Paris, as part of an inquiry into whether Gaddafi and others in Libya illegally financed his winning election campaign in 2007.

The investigation is potentially France’s most explosive political financing scandal in decades. Sarkozy has repeatedly denied the allegations, dismissing the claims as “grotesque”.

It is the first time Sarkozy has been questioned by police over the allegations. A French inquiry into alleged illegal campaign funding from Libya was opened in 2013. The inquiry did not name anyone as a suspect, and has centred on claims of corruption, influence trafficking, forgery, abuse of public funds and money laundering.

In April 2012, the investigative website Mediapart published a document it said was signed by a senior Libyan figure stating the regime approved a payment of €50m to “support” Sarkozy’s election campaign.

Previously Sarkozy and Claude Guéant, a close ally and former minister, claimed documents obtained by Mediapart were false. A French court later declared that certain documents were authentic, allowing them to be used in the long-running investigation.
How pioneering Mediapart has set the French news agenda
Read more

Sarkozy can be held for questioning for 48 hours. A lawyer for Sarkozy could not be reached immediately for comment.

Another former minister and close ally of Sarkozy, Brice Hortefeux, was also being questioned by police on Tuesday in relation to the Libya allegations, a source close to the investigation told Reuters.

In January a French businessman suspected by investigators of funnelling money from Gaddafi to finance Sarkozy’s campaign was arrested in Britain and granted bail after he appeared in a London court. He will face an extradition hearing next month.

Sarkozy has already been ordered to stand trial in a separate matter concerning financing of his failed re-election campaign in 2012, when he was defeated by François Hollande. That case, known as the “Bygmalion affair”, centres on an alleged system of false accounting used by Sarkozy’s office to conceal an enormous campaign overspend, mainly on the lavish rallies and US-style stadium gigs that cemented Sarkozy’s reputation as a political showman. Sarkozy has denied all allegations in the case. 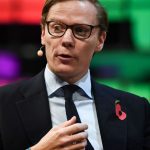 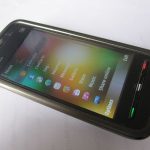 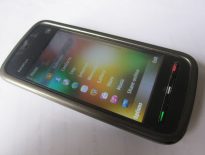 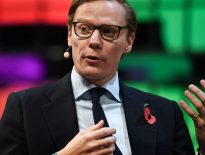