WASHINGTON (AP) — President Barack Obama says it won’t be easy to reverse forces that for decades have conspired against working Americans. But he says with a few bold steps and common sense in Washington, the U.S. can make progress. 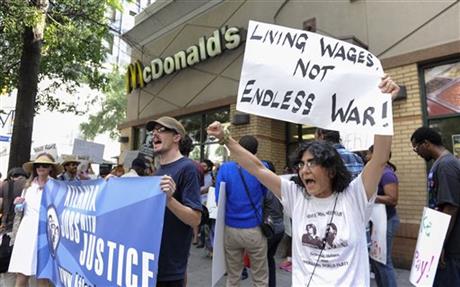 Azi Ebrahimi, right, demonstrates for higher wages for fast food industry workers during a one day strike coinciding with strikes at other fast food restaurants across the country, Thursday, Aug. 29, 2013, in Atlanta. (AP Photo/John Amis)

Obama is reflecting on Labor Day in his weekly radio and Internet address. He says he’ll continue fighting for better wages, secure retirements, and expanded access to education, home ownership and health care.

He says a strong middle class is key to making the U.S. economy once again the envy of the world.

In the Republican address, Rep. Mike Fitzpatrick of Pennsylvania says Obama’s health care and energy policies have created nothing but roadblocks for American workers. He says the Republican jobs plan would put Americans, not the government, in the driver’s seat. 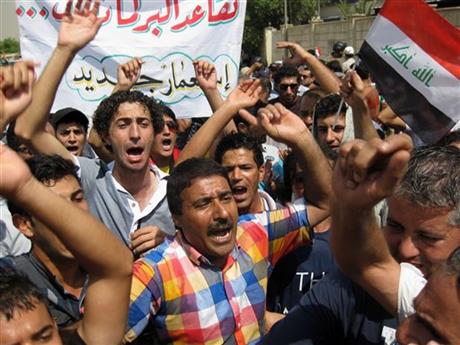