(Reuters) – Spain’s medium-term borrowing costs spiraled to a euro-era record on Thursday and independent auditors said Spanish banks may need up to 62 billion euros ($78 billion) in extra capital, to be filled mostly by a euro zone bailout.

Euro zone finance ministers met in Luxembourg to discuss how to channel up to 100 billion euros ($126 billion) in rescue aid to Spanish lenders weighed down by bad debts from a burst property bubble.

Many in the markets see the package as a mere prelude to a full program for the Spanish state, which Madrid vehemently denies it will need.

“We have already started working on the design of the aid with the Commission, the European Central Bank and the International Monetary Fund,” Spanish Economy Minister Luis de Guindos told reporters as he arrived for the talks. “We will present the request in the next few days.”

Spain’s financial plight took center stage a week before a European Union summit tackles long-term plans for closer fiscal and banking union in a bid to strengthen the euro’s foundations, after bailouts for Greece, Ireland and Portugal failed to end a 2-1/2-year old debt crisis.

To pave the way, the leaders of Germany, Italy, France and Spain will meet in Rome on Friday.

Two independent audits by consultants Roland Berger and Oliver Wyman found that Spanish banks would need between 51 and 62 billion euros in extra capital in extra capital to weather a serious downturn in the economy and new losses on their books.

The Bank of Spain said the 100 billion euro bailout fund offered to Madrid gave a wide margin to correct these capital needs. Spain’s three biggest banks would not need extra capital even in a stressed scenario, it said.

The government said it did not expect to shut down any banks and preferred to restructure those in difficulty. European Competition Commission Joaquin Almunia, who has to authorize state aid to business, has said at least one bank may have to be wound down.

De Guindos was to brief his euro zone colleagues in Luxembourg on the audit findings.

The runaway Spanish yields contrasted with a French auction at which the yield on 5-year benchmark paper hit an all-time low of 1.43 percent.

“The first worry is can they (Spain) fund from the markets? They raised 2.2 billion versus a 2 billion target, so they can raise the money,” said Achilleas Georgolopoulos, a strategist at Lloyds in London.

“Then the (question is), are the yields threatening for the medium term? And yes, clearly they are much higher than the previous auction … But still they can continue for a few months to fund at these levels.”

The finance ministers were also to discuss which of the euro zone’s rescue funds – the temporary European Financial Stability Fund or the permanent European Stability Mechanism – will lend Spain the money. This matters to investors because ESM loans would be senior to other Spanish borrowing, meaning private bondholders would face first losses in any debt writedown.

The ministers were also expected to ponder the next steps with Greece, following the formation of a coalition of mainstream parties committed to the country’s 130 billion euro EU/IMF bailout but determined to renegotiate some of the terms.

Athens will ask lenders for two more years to hit fiscal targets and an extension to unemployment benefits as it seeks to soften the punishing terms of the bailout saving the country from bankruptcy, a party official said.

Greek officials have said this would entail an extra 16-20 billion euros in foreign funding. It sets up a showdown with Greece’s euro zone partners, in particular paymaster Germany, which have offered modifications but no radical re-write of the conditions attached to the lifeline agreed in March.

“We can always discuss conditions of the loan. But let us not forget one thing: This is not one-way development aid,” Luxembourg Finance Minister Luc Frieden told Reuters Insider television.

RESCUE FUND TO THE RESCUE?

The German government and opposition reached a deal that will allow parliament to approve the euro zone’s permanent bailout scheme next week, but Germany’s top court may delay the rescue fund’s start date scheduled for July 1, saying it needed time to study the treaty.

The ESM cannot go into effect without approval by Europe’s biggest economy. Ratification also requires the signature of the president and a nod from the constitutional court in Karlsruhe.

The parliamentary floor leader of Merkel’s conservatives appeared to dash French and southern European hopes of nudging Berlin towards common euro area debt issuance, saying there would be no mutualisation of debt in Europe.

The euro zone finance ministers may consider a suggestion by Italian Prime Minister Mario Monti, made on the sidelines of this week’s G20 summit, to use the euro zone’s rescue funds to buy the bonds of Spain and Italy in the secondary market to bring down their borrowing costs.

Merkel has played down the proposal, which investors said might be counter-productive unless the ECB stepped in decisively in support.

A day before the four-way meeting, Italy disclosed that it is missing its target to lower the budget deficit to 1.7 percent of gross domestic product and will have to cut spending by a further four billion euros to meet the goal.

Any European bond-buying would come with strings attached, equivalent to the sort of bailout programs that Rome and Madrid are trying to avoid because of the stigma attached.

Given the limited capacity of the temporary EFSF and planned permanent ESM rescue funds, with at most 500 billion euros available, a senior EU source said such intervention would make sense only if the ESM had a banking license enabling it to borrow from the ECB. Germany has so far opposed that idea.

“Right now we have no requests to buy via the EFSF/ESM, Spanish or Italian bonds,” Frieden said.

But he added: “We have funds available if necessary to help those countries in need … We will do whatever is necessary to make sure that this zone, which is in trouble, will remain in the medium and long term a stable monetary union.” 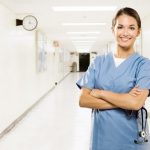 The Best Jobs That Don’t Require A Bachelor’s Degree 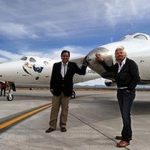 PHOTOS: Lindsay Lohan Strips Off On The Beach 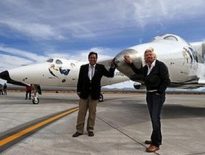 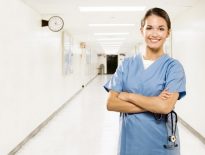 Business The Best Jobs That Don’t Require A Bachelor&…