Nicolas Sarkozy, finishing first in Sunday’s initial round of voting.

The bespectacled 57-year-old career politician, who says he

dislikes the rich and considers the world of high finance his enemy, will carry the momentum of this win into the final two

weeks of campaigning against Sarkozy, who finished second in Sunday’s vote.

Hollande maintained a slow and steady pace ever since he won his party’s primary last October, never seeming to rally much

enthusiasm behind his campaign even while maintaining a solid lead in the polls.

The contrast in character between

Hollande, an affable, soft-spoken and witty longtime party boss, and his chief rival Sarkozy has been one of the main

distinguishing features of a race that has largely focused on style over substance.

Where Hollande projected a calm,

relaxed persona even through the final day of campaigning Friday, Sarkozy, true to form, was a manic ball of energy, lashing

out at what he considers a biased media and unveiling one new campaign pledge after another.

Hollande says he wants to

be a “normal” president, tapping into what polls show is a strong demand among the French to turn the page after five years

of Sarkozy. Hollande has built his reputation as a manager and consensus-builder more than a visionary. He’s virtually

unknown outside France, has never held ministerial function, and critics say he has limited international experience to head

the back of the incumbent. It’s a criticism Hollande has tried of late to counter, saying at a rally last week that his

campaign was “not just a sanction” of Sarkozy, “but an elevation” of his own project.

That project calls notably for a

pullout of French troops from Afghanistan by the end of this year, higher taxes on the very wealthy, and a major new hiring

of teachers. Hollande is also promising to reopen negotiations over the hard-won European budgetary stability pact, with the

Sunday’s victory comes as a form of revenge for Hollande, who led

the Socialist Party during its last two presidential defeats in 2002 and 2007. Hollande’s former partner Segolene Royal —

the mother of his four children — was the Socialists’ last presidential nominee. Their relationship unraveled during the

2007 campaign, and they later separated. She ran again this year, but lost badly in the first phase of the primary last

Hollande’s program calls for reversing cuts in education by Sarkozy’s government, a new work contract to

international affairs, other than calling for an unspecified “pact” with Germany, the EU’s economic engine, to spur on the

Hollande has a topflight educational pedigree, with degrees from the reputed HEC

simpleton with a dopey laugh, a marked contrast to its scheming, self-important puppet of Sarkozy.

year noted that Hollande’s weight loss and new use of frameless eyeglasses coincided with his rise in the polls. Sarkozy and

Hollande have squared off electorally before: Each led their party’s list for the 1999 European parliament elections. 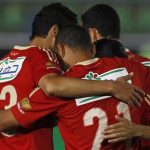 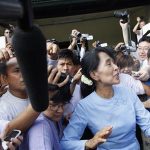 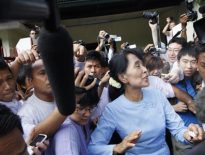 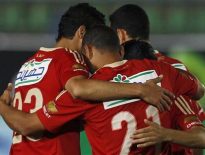