(Reuters) – Events in Egypt, Bahrain and Syria illustrate the limits of U.S. influence in the Middle East following the Arab Spring and a U.S. reluctance, at times, to exercise such clout as it has. 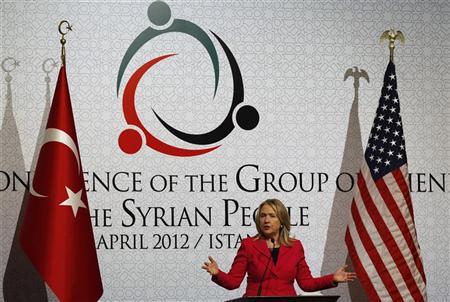 Secretary of State Hillary Clinton speaks during a news conference at the “Friends of Syria” conference in Istanbul April 1, 2012. REUTERS/Murad Sezer

Court rulings in Egypt and in Bahrain this week, analysts say, show the ruling authorities’ desire to maintain their grip on power and the United States’ limited ability to shape events despite its general support for democracy.

After decades in which Washington has been the region’s dominant outside player, deploying its military to guarantee the flow of oil and its diplomatic muscle to advance peace between Israel and its Arab neighbors, the pro-democracy demonstrations of the Arab Spring appear to have changed the equation.

“When questions become ones of life and death, people are less interested in what the United States has to say,” said Jon Alterman, director of the Middle East program at the Center for Strategic and International Studies think tank in Washington.

“We have had a long relationship with the Egyptian military and when it comes to existential issues, they will listen politely but they strongly believe that they understand both their population and their national interest better than well-meaning Americans,” Alterman added.

Egypt’s supreme court ruled on Thursday to dissolve the newly-elected parliament that is dominated by the Islamist Muslim Brotherhood and to allow ousted leader Hosni Mubarak’s last prime minister to run in this weekend’s presidential race.

The rulings are widely viewed as an effort by the Supreme Council of the Armed Forces (SCAF), the military authorities who have ruled the country since Mubarak’s February 11, 2011 ouster, to undercut the Brotherhood and to strengthen its own hand.

In Bahrain, an important U.S. ally in the Gulf that hosts the U.S. Fifth Fleet, a court reduced sentences against nine medical professionals and acquitted nine others but the United States said it was “deeply disappointed” by the verdict and suggested that those involved were punished because of their political views.

The doctors and nurses, all Shi’ite, say they were victimized for treating protesters against Bahrain’s ruling Sunni family, which backed by Saudi-led Gulf troops, crushed a protest movement led by the Shi’ite majority last year.

And in Syria, having for now ruled out a military intervention without international support, the United States has been unable to stop Syrian President Bashar al-Assad’s brutal crackdown on anti-government protests.

The United Nations says Syrian forces have killed 10,000 people in a crackdown on protest against Assad’s rule. A U.N. monitoring mission, whose presence the United States hoped might help quell the strife, on Saturday suspended its operations.

It is unclear what Washington plans to do to try to end the conflict given Russian reluctance to see Assad ousted.

The State Department on Friday said that it was troubled by the Egyptian supreme court’s ruling, it wanted new parliamentary elections to be conducted quickly, and the SCAF should turn over power on July 1 after a free and fair presidential election.

Egypt’s military has promised to hand over power by July 1 following this weekend’s second round of the presidential election that pits the Muslim Brotherhood’s Mohamed Morsy against former general Ahmed Shafik, a Mubarak protege.

U.S. Defense Secretary Leon Panetta called Field Marshal Hussein Tantawi, who leads the SCAF, on Friday and stressed “the need to ensure a full and peaceful transition to democracy,” the Pentagon said.

Tantawi repeated the military’s commitment to hold free and fair presidential election and to turn over power to a democratically elected government on July 1, the Pentagon said.

Michele Dunne, a Middle East analyst at the Atlantic Council think tank in Washington, argued that the United States has influence on Egypt because of the large U.S. aid flows, notably to the Egyptian military, but has elected not to exercise it.

“The United States had leverage to exert; it chose not to,” Dunne said. “Influence is only influence if you choose to exert it.”

Egypt has long been among the top recipients of U.S. aid, which began flowing in substantial sums after it became the first Arab nation to sign a peace agreement with Israel in 1979, regarding the money as an investment in regional security.

The United States gave roughly $2 billion or more annually for 25 years after the peace agreement, most of it for the military. That figure has drifted down to hold steady at around $1.55 billion in recent years.

Tamara Cofman Wittes, a former State Department official now director of the Brookings Institution’s Saban Center for Middle East Policy, said the United States has leverage in Egypt because of its aid, which could be cut next year, and in Bahrain because of the ruling family’s sensitivity to U.S. criticism.

“That’s the big difference between Egypt and Bahrain on the one hand and Syria on the other,” she said. “There were times when the U.S. government thought its words, in public and in private, might have some impact on … Bashar al-Assad.

“We are clearly not at that point any more. Bashar al-Assad clearly doesn’t care what the United States thinks any more and therefore the rhetoric doesn’t matter,” she said.

The U.S. strategy on Syria for now appears to hinge on persuading Russia, a long-time ally and arms supplier to Syria which maintains a naval base at Syria’s Mediterranean port of Tartus, to take a harder stand toward Assad.

So far, this has not worked.

Marina Ottaway, a Middle East analyst at the Carnegie Endowment for International Peace think tank, suggested that there may be some tension within the Obama administration because of its desire to support democracy in the Middle East but its hesitance to see Islamist parties coming to power.

“I think they are probably very ambivalent about this. They were certainly not thrilled at the way things were going in terms of the influence of the Islamists,” Ottaway said. 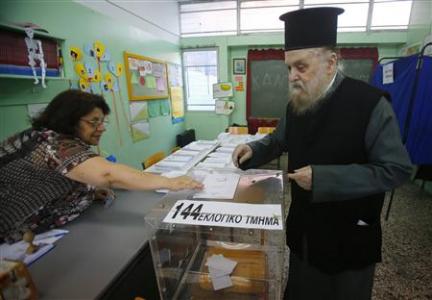 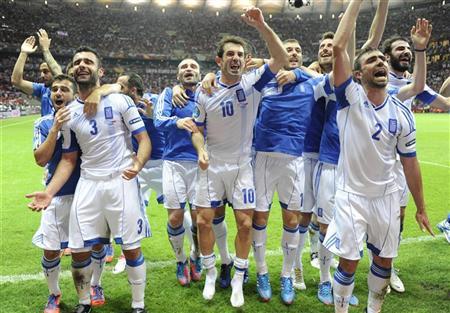