Minnie Minoso, the hugely popular All-Star outfielder from Cuba who was the major leagues’ first black player out of Latin America and a treasured figure in the history of the Chicago White Sox, died on Sunday in Chicago. His true age was never entirely clear, but by an account in his autobiography, he would have been 89 when he died. 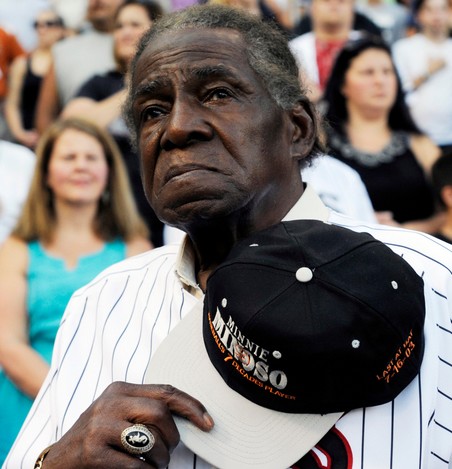 His death was announced by the White Sox. He was found dead in his parked car. His son Charlie Rice-Minoso told The Chicago Tribune that his father had a pacemaker and that the cause of death was believed to be a heart ailment. Minoso was returning from a friend’s birthday party when he evidently became ill and pulled over, The Tribune said.

President Obama said in a statement that Minnie may have been passed over by the Baseball Hall of Fame during his lifetime, but for me and for generations of black and Latino young people, Minnie’s quintessentially American story embodies far more than a plaque ever could.

Minoso was often cited as the only modern major leaguer to play in five decades, the product of a stunt engineered by Bill Veeck, the White Sox’ showman owner, who brought Minoso out of retirement for three games in 1976 and two at-bats in 1980.

But Minoso was best remembered as one of the finest ballplayers of the 1950s, one selected for nine All-Star Games who fell just short of the 2,000-career-hit milestone. He was a three-time Gold Glove winner playing left field and a fast man on the bases for the ball clubs known as the Go-Go Sox, and his verve endeared him to the fans at the White Sox’ original Comiskey Park and to much of the baseball world beyond.

Minoso failed, however, to gain election to the Hall of Fame, falling short in his 15 years on the baseball writers’ ballot and later in special votes concerning former Negro leagues players and a select few candidates who played from the 1940s to the 1970s.

Even if it hurts on the inside, I will always be smiling on the outside, Minoso said after he fell short in 2011.

When Minoso made his major league debut with Veeck’s Cleveland Indians in 1949, two years after Jackie Robinson broke the majors’ modern color barrier, he struggled with English and had to endure the segregation of the times.

I was prepared for the racial insults from opposing players and fans in towns we visited, he told Danny Peary in the oral history We Played the Game (1994). They’d say, ‘You black …’ and I’d flash an insincere grin. Sometimes I’d insult them back in Spanish, warning them, ‘I can tell you worse things than you said to me without you knowing what I said.’

Chico Carrasquel, a Venezuelan White Sox shortstop who was white, became good friends with Minoso after Minoso joined the team in 1951.

Sometimes he couldn’t get into a restaurant because he was black, so I’d go in and get the food, Carrasquel said.

Minoso finished second to the Yankees’ Gil McDougald in the baseball writers’ balloting for the American League rookie of the year in 1951, his first full season in the majors, but was acclaimed the leading rookie by The Sporting News in balloting by players.

On May 1, 1951, having just been traded by the Indians, he became the White Sox’ first black player and hit a home run at Comiskey Park off the Yankees’ Vic Raschi in his first at-bat with Chicago.

Playing for White Sox teams known for speed, defense and pitching, Minoso ran the bases with abandon and had good power, swinging out of a crouched stance while standing close to home plate, which resulted in his being hit by pitches 192 times in his career. But he missed out on playing for the White Sox’ pennant winners of 1959, having been traded back to the Indians before the ’58 season.

In his time in the majors, which also included stints with the St. Louis Cardinals and the second Washington Senators franchise late in his career, Minoso, a right-handed batter, had 1,963 hits and 186 home runs.

He led the American League in triples three times and had a .298 average across 17 seasons. He was the league leader in steals in each of his first three full seasons and stole 205 bases over all.

Minoso seemed to have retired after the 1964 season, but he later played in Mexico. Veeck, in his second stint as owner of the White Sox after his years with the Indians, brought back Minoso in 1976. Minoso had a single in eight at-bats as a designated hitter, making him a four-decade player. Minoso was a White Sox coach in 1980 but was activated by Veeck for the last three games of that season and was 0 for 2 at the plate.

Nick Altrock, a pitcher who began his major league career in 1898, was the only other five-decade player; he appeared in a few games in the 1920s and 1930s.

Under the ownership of Jerry Reinsdorf, the White Sox considered getting Minoso into uniform again in 1990, their last year at the original Comiskey Park. Minoso turned aside suggestions that he would be making a travesty of the game.

I have a professional respect for baseball players, he said at the time. I’m going for a record. Everyone asks and calls, ‘We want to see Minnie.’ It’s like a pitcher trying to pitch to make 300 wins. I have ambition.

But Commissioner Fay Vincent did not allow Minoso to play.

Minoso was not through quite yet, however. Bill Veeck’s son Mike, running the St. Paul Saints of the independent Northern League, signed Minoso for one game in 1993, and Minoso bounced back to the pitcher. The Saints brought him back again in 2003. That time, in his seventh decade as a player, he walked.

Saturnino Orestes Arrieta was born in Perico, Cuba, about 100 miles from Havana. He worked in sugar cane fields as a young man but played sandlot and semipro baseball and went to the United States in 1945. In his autobiography, Just Call Me Minnie, written with Herb Fagen, he said that he had listed his birth date on his visa as Nov. 29, 1922, but that he was in fact born on Nov. 29, 1925.

He played with the New York Cubans of the Negro leagues before joining the Indians’ organization in 1948. He became known as Minnie Minoso, gaining an alliterative nickname and using the surname of a half brother who had also played baseball in Cuba.

Minoso remained a favorite of Chicagoans through his years. A statue depicting him in his batting stance stands at the White Sox’ ballpark; they retired his No. 9, and he continued to do promotional work as one of the team’s so-called ambassadors, often mingling with fans at home games, into his final years.

In addition to his son Charlie, Minoso’s survivors include his wife, Sharon; his son Orestes; and his daughters, Marilyn and Cecilia.

Minoso never got into a game at the White Sox’ second Comiskey Park, which opened in April 1991 and is now known as U.S. Cellular Field. But he did the next best thing.

Before anybody played there, I went up there and ran against the wall in left field and ran around the bases and slid into home plate, he told The Tribune in October 1991. The guys said, ‘Minnie, what are you doing?’ I said I was the first black guy to play in the old stadium, and I want to be the first black guy to run against the wall and run around the bases in the new stadium. And that’s what I did. 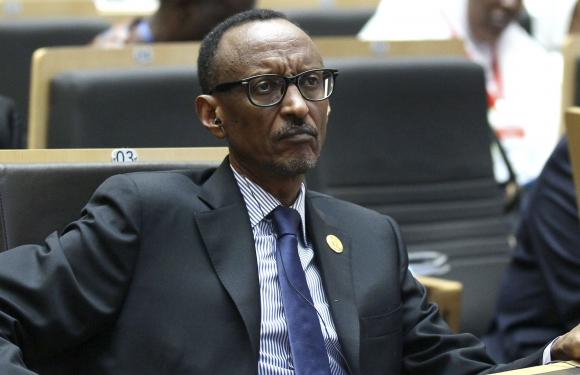 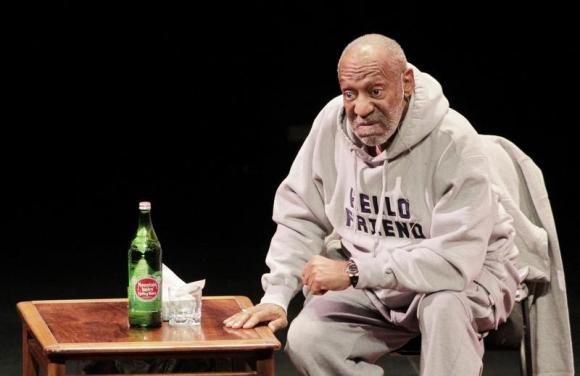