Barcelona duo Xavi and Jordi Alba have recovered from injury and are included in the squad for the Champions League quarter-final trip to Paris St-Germain.

Both players missed Saturday’s 2-2 draw away to Celta Vigo with hamstring strains suffered on duty with Spain.

Midfielder Xavi was injured during the 1-0 win in France on 26 March, while Alba was hurt in the previous game against Finland on 22 March.

But both are fit enough to travel to France for Tuesday’s first leg.

Goalkeeper Victor Valdes, who was suspended against Celta Vigo, is available.

Barcelona manager Tito Vilanova is also due to travel to Paris as he steadily works his way back into the job after two months in New York receiving cancer treatment.

Vilanova returned to Barcelona last week after a 10-week medical stay, but missed the Celta game.

However, the 44-year-old took charge of training on Sunday,  the second session he has taken since returning from the United States.

Barcelona, 13 points clear at the top of La Liga, are looking to win the Champions League for the fourth time in eight seasons.

Lionel Messi heads for France having become the first player in Spanish football history to score against every other team in La Liga consecutively.

“How do you beat them? Good question,” said PSG and former Barca striker Zlatan Ibrahimovic.

“I think we will have to concentrate on our way of playing and the coach Carlo Ancelotti will choose the right tactics for this match against, without doubt, the best team in the world.”

David Beckham, a former Real Madrid player and recent signing at PSG, added: “They’re not just about individual talent, they’re about a team network and they’ve been like that for years. 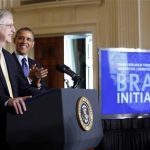 The Budget Compromise That Americans Prefer To Deadlock

Business The Budget Compromise That Americans Prefer To Dea… 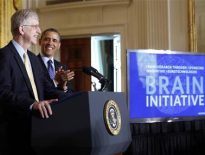