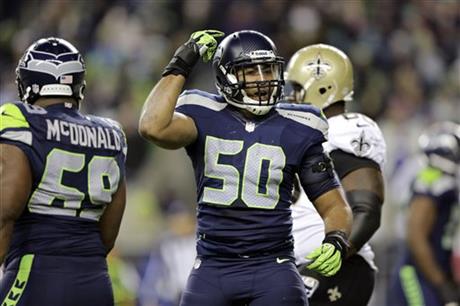 Seattle Seahawks K.J. Wright (50) gestures after a play against the New Orleans Saints in the second half of an NFL football game, Monday, Dec. 2, 2013, in Seattle. (AP Photo/Scott Eklund)

He thought Seattle’s standard defensive principles would be good enough.

In particular, Monday night’s win highlighted the versatility of the Seahawks’ linebackers.

And because it came on Monday night, the way each played garnered attention.

I made a lot of plays in the open field, sniffing out screens and showing my coverage ability,” Wright said. And it was Monday night football too so everybody was watching. It was against some really good players and a good offense. It just stood out, this game.

Seattle’s defensive performance against New Orleans was its most impressive of the season.

The Seahawks allowed just 188 total yards to Drew Brees and a Saints team that came into the game with the No. 2 pass offense in NFL. The 188 total yards were the fewest allowed by Seattle this season and fewest since giving up 154 yards to Arizona in December 2012.

Most of the attention coming into the game was on the depleted Seahawks secondary with cornerbacks Brandon Browner (injury) and Walter Thurmond (suspension) out, the night became a display of Seattle’s talent at linebacker with Wright and Wagner the standouts.

Despite his belief, Carroll wanted proof that his linebackers could handle the problems the Saints’ offense would present.

With Seattle having a bye week before facing the Saints, Carroll asked his coaches to come up with film clips showing Wright could handle Graham in coverage and Wagner could stay with Sproles.

The hope was to provide evidence that Seattle would not need elaborate schemes to slow down two of the Saints’ biggest offensive threats.

I was challenging the fellas with all of the options that we could go to, Carroll said. “There’s a variety of ways that you can try and match things up and the coaches really felt like we could do it with the matchups that were kind of normal for us. I said, ‘OK, well show me.’ So they did and they were right.

Seattle used a different tactic than others in keeping Graham from having a huge game.

There was a thought that the Seahawks might use Richard Sherman and follow what New England did when the Patriots put cornerback Aqib Talib on Graham and held him without a catch.

But instead the job fell mostly to Wright. He played Graham aggressively on the line of scrimmage and tried to alter his route from the start of the play. Graham had two receptions on the Saints’ lone scoring drive and one catch on the first play of the fourth quarter when Seattle was well ahead.

If you let him run free it’s just like 7-on-7 to him. So you’ve got to get into his face and bother him a little bit and just win on your leverage, Wright said.

The challenge doesn’t get any easier for the Seahawks this week facing Vernon Davis and the 49ers offense.

When the teams played in September, Davis had only three catches for 20 yards, but very little of San Francisco’s passing game worked that night in a 29-3 loss. While it’s certain he’ll get help from others, there’s a good chance Wright will see time defending Davis.

He surprised us really. He surprised us early on and he was so stout about the game, Carroll said. He just could learn quickly and handle a lot of information and utilize all of the stuff and he surprised us again with his covering ability, in this manner. He’s a very, very good cover guy and he has great instincts about it. There’s been a lot of surprises with K.J. 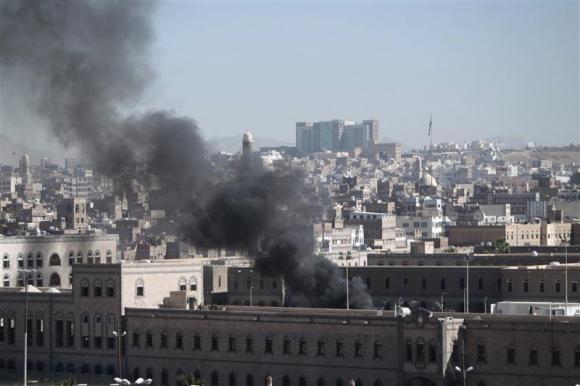 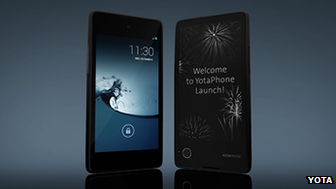