(Reuters) – Companies often incorporate in the Cayman Islands for tax reasons. But in the case of Manchester United, the English soccer team seeking an initial public offering on the New York Stock Exchange, the advantage accrues to its controlling family, the Glazers, at the expense of new public investors.

As part of its IPO, the legendary sports franchise will use a new Cayman Islands company to sell shares, even though the club’s operations are in Britain.

The company and its owners declined to explain why they would incorporate in the Caymans. A spokesman cited Securities and Exchange Commission restrictions on communications by companies preparing for an IPO.

But experts said the structure offers important perks to the family of U.S. businessman Malcolm Glazer, who acquired the sports franchise in 2005 for around $1.47 billion.

Chief among them: the two classes of shares allowed under Caymans law. This structure allows the family to retain control by holding shares with 10 times the voting rights of average investors, even as they raise money from the public to pay down the club’s $655 million debt and reduce its onerous interest payments.

“The current owners are lowering the possibility of larger investors buying up all the liquid shares in the market and affecting its management,” Sverrir Sverrisson, an equity analyst at Saxo Bank in Copenhagen, Denmark, said in an email. “This is not beneficial for the potential shareholders.”

British exchanges where rival teams have listed in the past don’t permit dual share structures. Hong Kong, where the company had considered listing after financial turmoil in 2011 tanked plans to list in Singapore, also doesn’t allow them.

As an “exempted” company under Caymans law, one that does not do substantial business there, Manchester United won’t need to hold annual shareholder meetings or disclose shareholder registers. Cayman laws make hostile takeovers or removal of board directors difficult as well.

These governance benefits, not tax savings, could be the main driver of the Caymans location. “It is regulatory arbitrage rather than some tax advantage,” said Duke University professor Campbell Harvey, an expert in international business.

But there are tax ramifications for investors and the company.

Counter to the Caymans’ usual tax benefits, Manchester United expects its tax rate to rise after this deal, according to its SEC filing.

Until now, the club has paid only British taxes, but by going public as a company based in the Cayman Islands, the Glazers are triggering a section of U.S. tax law that requires overseas companies with majority U.S. ownership to pay U.S. corporate taxes.

The provision dates from 2004 when it was enacted in reaction to a wave of U.S. companies such as Tyco and Stanley Works, which planned offshore moves to save on taxes. Tax experts say this is the first time they have seen a company opt into this tax treatment in this way.

It will cost the company more in tax, but the Glazers, who currently fully own Manchester United through a Nevada partnership controlled by family trusts, could well see some personal tax benefits, these experts say.

The Caymans structure could act as a way for the Glazers to legally avoid a potential capital gains tax of 15 percent on the pre-IPO value of the company. That tax could have kicked in if they had listed in Britain instead.

Jason Factor, a tax partner at Cleary Gottlieb Steen & Hamilton in New York, said that through the Cayman move “the family avoids any tax that might otherwise be triggered for them by a transfer of their U.S.-owned assets to a foreign company.”

The Glazers could also be seeking to minimize estate and gift taxes by holding pre-IPO assets in their family trusts, said Daniel Shaviro, a tax professor at New York University School of Law. 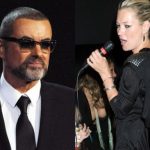 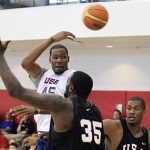 Barack Obama gets his groove back

Congo’s President in Uganda for talks on stalled peace deal 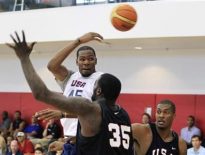 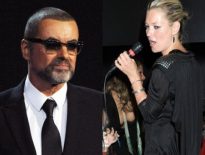