CLEVELAND (AP) — The Cavaliers have cleared a path for LeBron James to return to Cleveland. 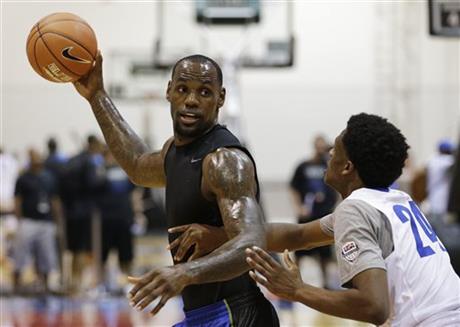 They’ve made their moves. They’re just waiting for him to make his.

The Cavs created enough salary-cap space to offer the superstar free agent a maximum contract on Wednesday agreeing to trade guard Jarrett Jack, swingman Sergey Karasev and center Tyler Zeller in a three-team deal with Brooklyn and Boston, a person familiar with the deals told The Associated Press.

The person spoke on condition of anonymity because teams are not permitted to discuss trades until the league’s moratorium ends Thursday.

The maneuvering is designed to open room under the salary cap so they can re-sign the Akron-born James, the four-time league MVP and most sought-after player on the market.

Not long after making the trade with the Celtics and Nets, the Cavs had exploratory discussions with the Minnesota Timberwolves about a possible trade for three-time All-Star Kevin Love — if James does return to Cleveland, said a person with knowledge of the inquiry.

The Timberwolves would be looking for No. 1 overall draft pick Andrew Wiggins to be part of any potential package from Cleveland in order to consider parting with Love if the talks were to become more serious, the person said, speaking with the AP on condition of anonymity because neither team publicly announced the conversation.

Whatever the Cavs’ next move is — with or without James — they could package together their other assets, including future first-round picks, to make a run at other All-Star players.

Meanwhile, James had his meeting in Las Vegas with Miami president Pat Riley.

James, his agent Rich Paul, Riley and Heat executive Andy Elisburg were at the meeting, a person with direct knowledge of the discussions told The AP.

The person spoke on condition of anonymity because neither side publicly announced who would be attending the meeting or when it would take place.

James has not made a decision and will not make any announcements before Thursday, the person said.

With nothing finalized, LeBronathon 2014 will last at least one more day with the NBA — and fans in Miami and Cleveland — on edge.

And as he takes fans on another summer thrill ride, James has one more offer to consider in deciding where to play next season: Ohio’s Cedar Point amusement park is promising to rename one of its roller coasters King James if he returns home to play for the Cavs.

A park spokesman says it’s a legitimate offer that originated with the CEO. Cedar Point sent out a tweet with the proposal on Wednesday, telling James, who has visited the park in Sandusky, Ohio, many times, the ball was in his court.

In the three-team trade the Cavs pulled off earlier Wednesday, Cleveland will receive guard Marcus Thornton from the Nets and send him, Zeller and a future first-round pick to the Celtics. Also, the Cavs are trading Jack and Karasev to the Nets.

Jack, who signed with Cleveland as a free agent last season, was scheduled to make $6.3 million, Zeller will make $1.6 million and Karasev $1.4 million.

In trading those salaries, the Cavs have enough to give James a maximum, $20.7 million contract — if he decides to sign with Cleveland. James played his first seven seasons with the Cavs before leaving as a free agent in 2010, and it’s apparent the team is doing everything it can to bring him back.

Under NBA rules, teams must abide by a salary cap set by the league. If the combined salaries of the team’s roster surpasses the cap, teams are forced to a pay additional taxes.

Last season, the salary cap was approximately $59 million, and the league announced Wednesday that it will increase 7.5 percent to an all-time high of $63.065 million for the 2014-15 season. The tax level — the point at which a team is penalized for exceeding the salary cap — for next season has increased by 7.1 percent to $76.829 million.

Jack’s first season with Cleveland didn’t go as he or the Cavs had hoped. He signed a four-year, $25 million deal last July after playing in Golden State. The Cavs counted on him being a leader for their young team, but it didn’t work out as Cleveland finished 33-49, missed the playoffs and fired coach Mike Brown. 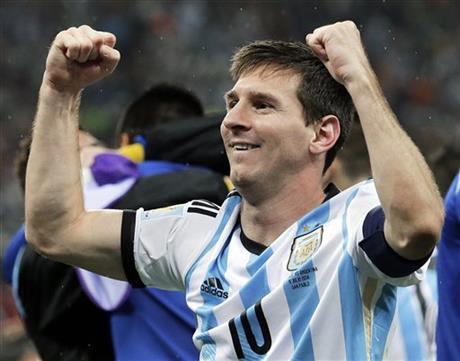 Football World cup: Germany vs Argentina: How they compare… 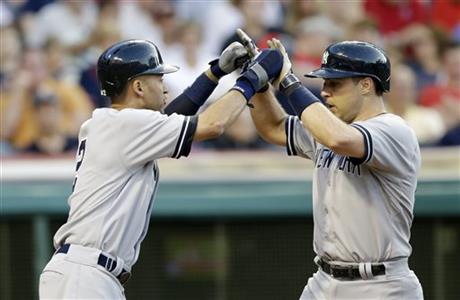