(Reuters) – Philanthropist and Microsoft co-founder Bill Gates called on Norway’s $800 billion oil fund, one of the biggest investors in the world, to spend more in the poorest countries, gaining the prime minister’s support with his proposal.

Gates, who runs the $37 billion Bill and Melinda Gates Foundation, said Norway should set aside a portion of the fund to invest in infrastructure in sub-Saharan Africa and Asia, and buy equity in small enterprises that alleviate agricultural and medical problems.

Norway is by many measures one of the richest countries in the world and you can afford to take some of that money and help out people in other places,” Gates said on a visit to Oslo.

Norway is working on a complete review of the fund, including its investment strategy. Critics say it has become too big and needs to diversify away from stocks, bonds and real estate, and may even need to be broken up into specialized vehicles.

It is part of our platform that the oil fund should invest more in developing markets, Prime Minister Erna Solberg, who took power last month, said after meeting Gates.

We will make sure the fund gets a mandate that allows them to invest in companies and maybe also infrastructure in these developing countries,” she said. “We believe it can give a just as good return as similar investments in developed nations.

Gates argued that spending in poor countries, primarily on roads, rail and power, would be an investment, not a donation, as it would generate returns over time, even as the spending had a dual role of generosity.

“The area where you may get this dual benefit is … in sub-Sahara Africa and some of the countries in Asia,” Gates said. “That’s an asset class, which could absorb, if it was well managed, an additional $10 billion… I’m not talking about a gigantic amount.

Norway has amassed the world’s biggest wealth fund, saving up its surplus oil revenues, and operates it as a sort of endowment, spending only its returns. It is expected to exceed $1 trillion this decade and already owns about 1.25 percent of all global equities, a huge amount for a country of 5.1 million.

Although the review may result in a new investment strategy, Norway’s consensus based politics means changes are slow and often take several years.

“There’s no doubt in my mind that a larger part of not only our investments but all investments will and should move into frontier markets with less developed markets and higher risk,” Finance Ministry State Secretary Jon Gunnar Pedersen said.

“Government initiatives and agencies will play an important part of this because private investors need someone’s assistance, someone to piggyback to access these markets.

Norway is spending around $5 billion on foreign aid in dozens of countries this year, making it one of the biggest donors per capita.

But the civil sector often criticizes the government, arguing that Norway’s unusual fortunes, which have pushed per capita GDP to around $100,000, warrant even more generosity.

There’s essentially a lack of long term capital and risk capital (in the poorest countries) … and Norway happens to own the world’s largest source of long-term capital, said Anne-Marie Helland, the head of Norwegian Church Aid, a top donor.

This allows it to be extremely long term and particularly well suited to invest in unlisted and illiquid assets, such as development, energy, infrastructure, agriculture, regrowth, etc, in developing counties. 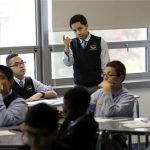 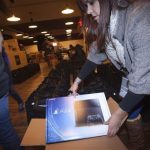 How to Optimize for Google Search Results 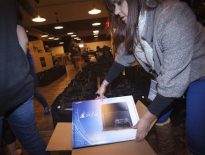 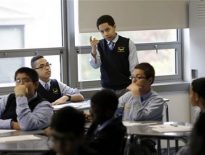