SANTA CLARA, Calif. — After weeks of relative quiet as she assembles a presidential campaign, Hillary Rodham Clinton on Tuesday provided the most detailed preview yet of the sort of economic and bipartisan message that her candidacy could be expected to deliver. 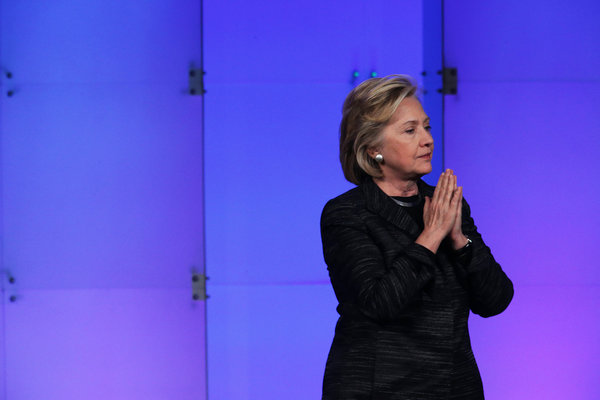 We have to restore economic growth with rising wages for the vast majority of Americans, and we have to restore trust and cooperation within our political system, Mrs. Clinton said here, laying out what she called the central challenges that a 2016 candidate would need to address.

Wages no longer rise with productivity, while C.E.O. pay keeps going up, she said. We have to figure out how to make this new economy work for everyone.

In a speech and question-and-answer session with the journalist Kara Swisher at the Watermark Silicon Valley Conference for Women, Mrs. Clinton stopped short of announcing a run, but told about 5,000 female technology professionals that the private sector had to do more to help lift the middle class.

In many ways our economy seems to be still operating like it’s 1955, she said. She called for a variety of policies like equal pay for women, paid leave, a higher minimum wage, and incentives for corporations to provide better wages and benefits to workers.

It was no accident that Mrs. Clinton chose to kick off a month packed with pre-campaign speeches in Silicon Valley, where she could hone her message about breaking the glass ceiling with professional women after she networked with some of the wealthy technology executives whose industry helped buoy President Obama’s 2008 campaign.

But Mrs. Clinton must walk a tightrope when wooing the tech sector, lest she seem too friendly with the wealthiest 1 percent and out of touch with middle- and working-class voters in the rest of the country. The estimated $300,000 she was being paid for her participation in Tuesday’s conference, which sold individual tickets for $245, had already drawn criticism from Republicans who say Mrs. Clinton is too wealthy to relate to everyday Americans.

Mrs. Clinton, who has been criticized in recent weeks for not commenting on major news events, spoke about net neutrality, the spread of the Islamic State and the National Security Agency’s surveillance tactics in a wide-ranging speech, and then in a rapid-fire and sometimes tense exchange with Ms. Swisher, the co-executive editor of the technology news site Re/code.

I could never condone what he did, Mrs. Clinton said of Edward Snowden, the former N.S.A. contractor who stole a trove of secretive documents. But she stopped short of criticizing the agency’s surveillance tactics. I resist saying it has to be this or that. I think there has to be a balance, Mrs. Clinton said when Ms. Swisher pressed her on the issue.

After Mrs. Clinton spoke at length about the threat of the Islamic State — again, without criticizing Mr. Obama’s policies — Ms. Swisher asked, Are you sure you want to be president?

Mrs. Clinton resisted frequent attempts to get her off message. Why do you think we need a woman president? Ms. Swisher asked at one point.

We can say President Warren if you want, Ms. Swisher shot back, alluding to Senator Elizabeth Warren, Democrat of Massachusetts and a liberal favorite. But Mrs. Clinton did not take the bait.

The event, themed Lead On, came as Silicon Valley wrestles with gender problems, with a lack of women in senior technology roles and a discrimination lawsuit involving one of the industry’s most prestigious investment firms, Kleiner Perkins Caufield & Byers.

It requires both men and women to speak up about this, Mrs. Clinton said when asked about those issues. It’s been almost a very Wild West environment, and I think a lot of women find that distasteful, unappealing.

There were moments of levity for Mrs. Clinton, who has tried to present herself as more authentic and less scripted before the 2016 race. When Ms. Swisher asked whether she used Android or Apple products, Mrs. Clinton replied that she had both an iPhone and a BlackBerry. I don’t throw anything away, she said. I’m like two steps short of a hoarder.

Mrs. Clinton, 67, also poked fun at her weight, drawing laughter from the crowd. You can tell I’m not doing Fitbit, she said, though she said three people had given her the device, which measures steps.

She spoke at length about bipartisanship and promoted her record of working with Republicans in Arkansas and as a senator from New York. Her objective, should she run for president, would be to end partisan gridlock, she told Ms. Swisher.

I’d like to bring people from right, left, red, blue, get them into a nice warm purple space where everybody is talking and where we’re actually trying to solve problems, Mrs. Clinton said.

Before the conference, Mrs. Clinton attended a private round table arranged by Barry Diller, the chairman of the media conglomerate IAC/InterActiveCorp, where her daughter, Chelsea, is a board member. Among the executives from Twitter, Facebook and Google at the event was Sheryl Sandberg, Facebook’s chief operating officer, who was a high-level Treasury Department aide in President Bill Clinton’s administration before becoming a generous Democratic donor. Her 2013 book, Lean In: Women, Work and the Will to Lead, became a much-debated guide for wealthy working mothers.

The speakers on Tuesday very much echoed Ms. Sandberg’s message. Before Mrs. Clinton’s address, Brené Brown, a public speaker and an author about gender issues, made an impassioned plea to working women that seemed like a veiled pep talk for Mrs. Clinton.

There is no greater threat, Ms. Brown said, than a woman who is willing to fall because she has learned to stand back up.

Mrs. Clinton embraced the event’s Lead On theme and played to the crowd at the packed Santa Clara Convention Center. What you do doesn’t have to be big and dramatic, she told the crowd. You don’t have to run for office, she said, flashing a mischievous grin. But if you do, more power to you. 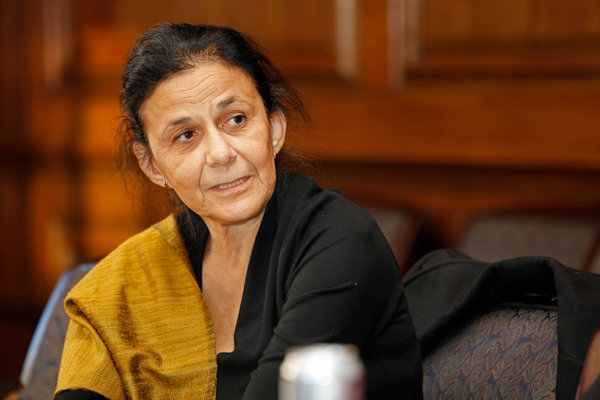 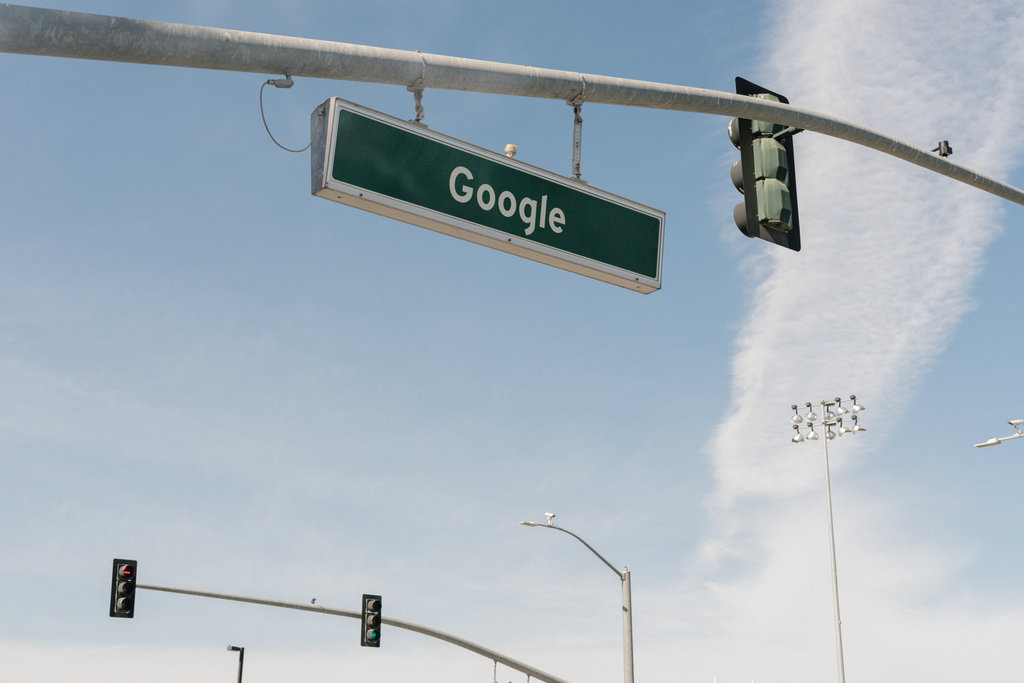