(Reuters) – Bouncing down a county back road, squinting as a blazing sun intensifies one of the hottest, driest Midwest springs ever, farmer Dale Tuholski steers his pick-up truck between fortune and failure.

To his left, new irrigation machinery sprays a fine mist across his corn field in northern Indiana, where emerald green plants sway in the breeze. To his right is a neighbor’s land: the soil dry and dusty, the corn leaves curled.

Amid the warmest first five months of the year since 1894 in the U.S. heartland, a rapidly expanding minority of farmers like the Tuholskis and Kyle Clute – who manages 25,000 acres 100 miles southwest of Tuholski’s farm – are taking out an expensive hedge against increasingly volatile weather: buying new irrigation equipment for their corn or soybean fields.

The potent mix of ever-warmer weather and expectations of near-record farm income of $92 billion for 2012 is fueling all-time-high sales of such equipment, with revenues up a third or more at leading firms. Center-pivot irrigators are particularly popular with farmers in water-strapped areas because the machinery can extend the reach of limited natural resources.

While many farmers are merely upgrading aging equipment, manufacturers say that a sizeable share is now being sold to growers who have never before irrigated. In Indiana, the number of registered new wells is growing at the fastest rate in two decades; drilling firms are struggling to keep up with demand.

As the trend grows, the implications will spread.

In a year like this one, for instance, even small shifts in the amount of acreage that is mechanically irrigated could help mitigate yield losses. For analysts and grain traders, such shifts could complicate efforts to forecast production outcomes based on weather conditions.

It may also intensify the growing friction over water use as expanding populations, bumper crop harvests, ethanol production and even the boom in hydraulic fracturing consume ever-larger volumes of the country’s finite water supply.

While the amount of water needed for traditional dryland crop fields is likely to remain small, environmentalists caution that a new, and potentially large, consumer group tapping into the nation’s groundwater supply could have untold consequences.

About 94 percent of the nation’s four major commodity crops – corn, soybeans, wheat and cotton – is grown on farmland that relies on rain for moisture, according to the most recent federal data from 2008. About 61 percent of that land is in the western half of the country, in states including Nebraska, California, Idaho and Kansas.

To the east, the land’s fertility and natural weather patterns have typically been enough to produce a crop using only rain. In other cases, running a mechanized irrigation system simply didn’t make economic sense.

For many farmers like Clute, increasingly efficient technology not only helps their operations, it also offers a tax deduction on farm income after several years of near-record grain prices and healthy profits.

The boom in agricultural land values and rents also has them looking to such machinery as a way to boost revenues – through bigger yields – from the soil they already own.

Farmers in the wheat-growing Plains states understand this dynamic well: The value of irrigated land has surged far faster than non-irrigated land since last summer, when a drought gripped much of the region.

In the first quarter of this year, the value of irrigated Plains farmland jumped 31.8 percent, outpacing rain-dependent farms, which rose by 24.7 percent from a year earlier, according to the Federal Reserve Bank of Kansas City. It was by far the widest disparity in growth rates since at least 1980.

The mounting global anxiety over strained water resources is well known, as is the impact of increasingly erratic and extreme weather conditions.

Earlier this month, Israeli scientist Daniel Hillel – who pioneered a new way to apply water in small, steady amounts directly to plant roots in arid regions – was named the winner of the 2012 World Food Prize and honored at the U.S. State Department.

But the response to these trends by U.S. commodity farmers – responsible for producing about a third of the world’s corn and soybeans – is only now becoming apparent. While biotechnology companies race to develop more drought-resistant strains, farmers are investing capital.

The company is recruiting new dealers to meet rising demand in the central and eastern portions of the Corn Belt, a region that made up only about 5 percent of its sales a decade ago, said David Thom, T-L Irrigation’s vice president of sales. Now, dryland farms in the area are about 15 percent.

“They’re family farmers who might have 1,000 acres,” Thom said. “They’ll start with one or two and that’s good, because they like to walk before they run. Then, they’ll buy more.”

The Tuholskis fit this mold. The family bought their first irrigation equipment in 1980, during the last agricultural boom. Slowly, the family expanded: The seven center-pivot irrigation machines they bought this past year bring their total to 40.

“We can farm less acreage and have more income potential,” said Tuholski, whose family farms corn, soybeans, seed corn and other specialty crops. “And we don’t have to worry quite so much about the weather.”

As farmer demand grows, so does the waiting list for well-drillers in drought-prone areas.

In Indiana, the fifth-largest corn-producing state, the number of new irrigation wells was up 6.2 percent from the end of 2009 through May 2012, according to data compiled by the Indiana Department of Natural Resources’ water division. That increase, the sharpest jump since the early 1990s, was driven in part by farmers rushing to plant more corn acres as U.S. prices hit record highs, state agency officials say.

In Taylor, Missouri, the staff of Landmark Irrigation Corp has been booked solid since last fall with orders for new irrigation wells to be dug on farms in Illinois, Missouri and Iowa. Many of Landmark’s clients are buying equipment for farms that have never been irrigated, co-owner Deb Sutter said.

Most of the calls have been from producers who farm at least 1,000 acres, she said. But as the rains have waned, smaller operators have started to call too. For most of Illinois, much of Missouri and large stretches of central and east-central Iowa, the rainfall of the past three months is 25 to 50 percent below normal.

“We’re the busiest we’ve been in three years,” Sutter said.

The promise of such economic payoffs convinced Bob Wade to take the leap last fall.

The farmer in central Kentucky cringed as cropland prices and rents on even marginal ground doubled near where he dryland farms 3,500 acres of corn and soybeans.

Looking to increase his farm production, Wade bought four center-pivot irrigation systems. It’s a big investment – on average, it costs a farmer between $1,200 and $2,500 or more per acre to install and run a new pivot system, due to energy costs, labor, machinery, fertilizer use and other factors, say farmers and agricultural economists. It can take a decade to pay off.

Modern seed technology allowed Wade to grow more corn on his land now than he could five years ago, he said. But the machines would let him expand his plantings by another 29 percent.

The roots of center-pivot irrigation technology date back decades, as an alternative to flood irrigation that more efficiently distributed water over fields. Today, some modern systems can be controlled with a smart-phone in the field or on a computer back in an office.

It works by spraying water on crops from an overhead pipe rotating around a centrally located well. Typically, the water rumbles down the pipe, misting and spitting out of sprinkle heads along the way, while a sensor at the end of the pipe guides the equipment forward.

He turned the pivots on for the first time early this month. Within days, he said, the roads alongside his fields became jammed with traffic, as curious neighbors slowed down to look at the unusual sight.

The scope and magnitude of greater irrigation is not known, and therefore its impact on resources and the environment is difficult to gauge.

There is no current federal data that shows how many new dryland acres – the industry term for land that is not mechanically irrigated – are being moved over to irrigation. The federal government’s surveys are conducted only once every five years in some states, and many states rely on that data to help paint a picture of what’s happening in their rural communities.

As of 2008, U.S. farmers and ranchers were irrigating 54.9 million acres of farmland – a nearly 5 percent jump from five years earlier, according to the U.S. Department of Agriculture’s 2008 Farm and Ranch Irrigation Survey. Yet that represents a tiny slice of the more than 920 million acres of total farmland.

“It comes down to scope. This year, you’re seeing record plantings of corn and soybeans in the U.S.,” said Doug Gurian-Sherman, a senior scientist with the Food and Environment Program at the Union of Concerned Scientists.

“So even a relatively small increase in irrigation use overall could have potential impacts on hydrology, from lowering water tables to impacting stream flows to drinking water,” he said.

Water rights and regulations, long a hot-button political issue in the United States and worldwide, have emerged as a particularly sore point in recent years amid drying temperatures and booming demand. The world’s population is forecast to swell by another 2 billion people by 2050.

But with agriculture still one of the few bright spots in the U.S. economy, lawmakers are wrestling with how to convince farmers to use less water – without quashing their operations.

The issue is particularly key for the nation’s western states, where “between 80 and 90 percent of the water rights are owned by agriculture”, said Larry Morandi, director of state policy research for the National Conference of State Legislatures.

“The strategy has been to incentivize farmers, so they can save some water without drying up the rural economy,” Morandi said. “They’re telling farmers, ‘If you use less, we’ll grant you the right to lease that conserved water to a city that needs it or an energy company that needs it.'”

In Oklahoma, Gov. Mary Fallin recently signed a new water conservation law that sets a statewide goal of consuming no more water in 2060 than is used now. This past spring, in an effort to extend the life of the Ogallala Aquifer, Kansas Gov. Sam Brownback signed a bill that allows groundwater management districts to create conservation areas within their borders.

In some states, including Kansas, water conservation efforts have essentially closed off any new irrigation developments.

This year has been a particularly good one for the business of irrigation, with farmers sprinting to sow a near-record number of fertile acres with corn – and then watching the growing dismay as hot, dry weather curtails growth.

Though the USDA is forecasting record-high corn yields, traders have become increasingly skeptical of such bounty amid dry weather and the agency’s crop progress report on Monday showing lower conditions in certain regions.

“The big question is going to be what will happen to sales if the weather changes,” said Brent Thielman, a research analyst with D.A. Davidson & Co, who tracks the sector.

At the Crossroad Farms in Indiana, Clute has a convert’s passion for the pipes that loom over the fields like slender guard towers. The farm bought eight new pivot systems this past year, and now has 40 running. 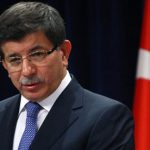 Turkey says plane shot down by Syria was in international airspace 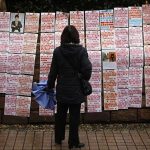 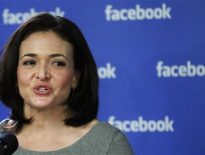 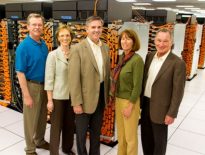