Then he dropped a bombshell: Melrose spent less than $1,500 on Facebook ads during that time. Everything else the company did with Facebook was free.

“Some of the tools that are free are just a lot better than ads on Facebook,” the former Dalton Investments hedge fund analyst explained, echoing other attendees at the Internet Retailer Conference & Exhibition in Chicago.

Agarwal’s experience goes to the heart of the issues confronting Facebook Inc as it tries to turn its giant global network into a money machine. Advertisers love the platform but don’t necessarily see the benefit in spending money on the ads.

Facebook is hoping to allay some of the doubts with new ad formats that provide better tracking of customer behavior. It’s also beginning to insert ads directly into the “newsfeed,” the stream of updates that all users receive, which should in turn help the company address the challenge of delivering ads on mobile devices.

Yet analysts increasingly suggest that over the long run, Facebook may have to begin charging for services that are currently free. Concerns about the company’s reliance on advertising offerings which, unlike rival Google’s, have not proven themselves to be game-changers for customers have helped shave $25 billion from Facebook’s market value since it went public last month.

“They’re in a huge pickle because most of their business is based on growth in advertising,” said Forrester Research’s Sucharita Mulpuru. But “why buy that cow when you get the milk for free?”

The experience of online retailers, which comprise a big piece of the online ad market and are thus a crucial sector for Facebook to win over, provides a clear view of Facebook’s advertising challenge.

“The retail sector isn’t buying it,” said Fiona Dias, chief strategy officer at ShopRunner, an e-commerce shipping company part-owned by eBay. “With all Facebook’s free stuff, retailers don’t have to worry whether it works very well. But the moment they pay a nickel, there has to be accountability.”

Katie Ennis, e-commerce head at apparel retailer RCC Western Stores, said she had used Facebook ads until she sat down with the head of finance and analyzed the return on investment compared with other advertising the company uses.

“The conversions were just not there. People would click on the ads sometimes but would not buy,” she said. “So we completely stopped doing Facebook ads earlier this year.”

After about a month, RCC Western noticed a decline in sales. The retailer resumed running Facebook ads and sales recovered.

“So Facebook ads are having an effect, but we’re not sure how and we can’t measure it,” Ennis said.

Giantnerd was an early adopter of Facebook’s Open Graph project, which lets shoppers “love,” “want” and “own” products on the website of the outdoor goods retailer. When shoppers click on these buttons, those recommendations are shared with friends through their Facebook Timeline.

Facebook highlighted Giantnerd’s success in a June blog, saying website traffic from Facebook more than tripled after the retailer integrated with Open Graph, a free service.

“It has its place, but won’t have amazing results,” he said during the conference.

Tracking the impact of advertising is difficult in any medium, and Google’s success is largely due to an unusually direct relationship between ad buys and customer actions. When someone searches for something on Google, and ads for the item being searched appear next to the regular search results, the chances of a customer clicking and buying are pretty good.

Facebook users, by contrast, are not typically looking for something to buy. They may get a product recommendation from a friend, then search for it elsewhere and buy days or weeks later. This makes it hard to attribute sales directly to Facebook ads, because purchases are often influenced by other things along the way.

Four out of five people in a Reuters survey this month said they had never bought a product as a result of advertising on Facebook.

CanvasPop, which turns Facebook and Instagram photos into canvas art, has seen success with fan pages and other free efforts such as contests.

But co-founder Adrian Salamunovic said Facebook’s analytics service measures the impact of ads on “everything except revenue.”

“We take advantage of all the free things,” he said. “Occasionally we spend money on Facebook ads for certain campaigns, with mixed results. If there was an out-of-the-box way of tracking revenue generated from Facebook ads, that would make a huge difference to a lot of people.”

Facebook is searching for better ways to track impact. Brad Smallwood, its head of measurements and insights, said on Tuesday that Facebook is launching a competition with the Advertising Research Foundation to encourage new ways of measuring return on ad investment.

Winners will get funding from Facebook to develop the projects, Smallwood said.

“We haven’t given marketers a good understanding of how to evaluate these things,” he added.

Facebook has also rolled out new types of paid ads recently – such as Sponsored Stories and Ads with Social – that may be easier to measure and track.

“While advertisers to-date have seen mixed results from Facebook ads, ‘sponsored stories’ and offers are showing signs of improving results,” wrote Colin Sebastian, an analyst at RW Baird, in a recent investor note.

Weidberg of Giantnerd agreed that the newer sponsored stories ads have been more successful.

Facebook recommends marketers use free tools to get customers engaged online, then pay for ads such as sponsored stories to spread successful campaigns to a broader audience.

One of its newest ad formats is called Promoted Posts. When companies post updates for fans on their Facebook pages, the messages only reach some followers. They can now pay to get posts into the News Feeds of more of their fans.

Advertisers who only use free marketing tools on Facebook “are leaving a huge opportunity on the table to reach more customers,” Facebook spokeswoman Elisabeth Diana said.

Still, analysts have begun to speculate on if and when Facebook might begin charging fees for some of the services that are now free.

“They could experiment with charging for Facebook pages if you are a certain sized retailer,” said Sebastian. “They have to be very careful though. They are trying to create as big a funnel as possible and over time try to monetize that. They would not want to limit the growth of the funnel at this point.” 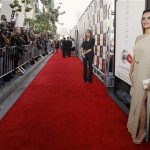 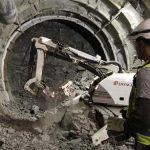 Fashion writer Suzy Menkes to sell her own clothes online 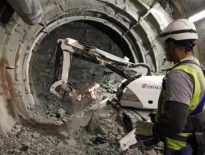 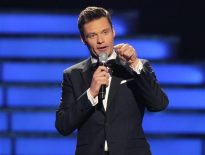