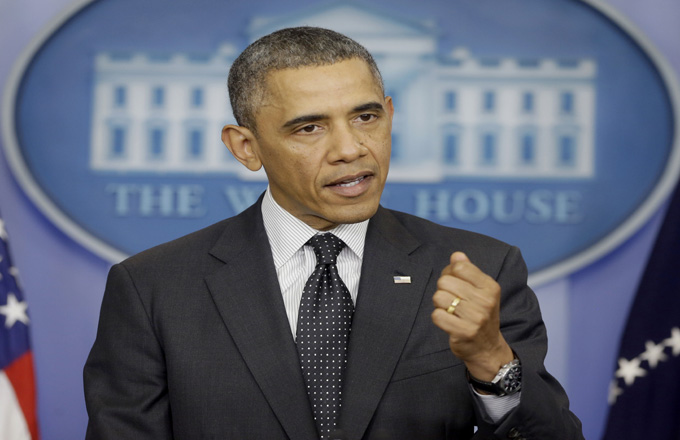 President Barack Obama gestures as he speaks in the James Brady Press Briefing Room of the White House in Washington, Thursday, Nov. 21, 2013. The president said he supports the move by Senate Democrats to make it harder for Republicans to block his nominees. Obama spoke shortly after the Senate voted 52-48 to weaken the power of the filibuster. The rule change will make it harder for minority Republicans to block confirmation of the president’s nominees for judges and other top posts. (AP Photo/Pablo Martinez Monsivais)

The Patient Protection and Affordable Care Act of 2010 (ACA) will make health insurance more affordable to millions of uninsured Americans by providing subsidies to purchase coverage on new health insurance exchanges. The Congressional Budget Office estimates that 24 million people will buy insurance via the exchanges by 2023. However, according to a report by the Center for Studying Health System Change (part of the Robert Wood Johnson Foundation), a key issue for the insurance exchanges is whether enough younger and healthier people will take advantage of the new subsidized coverage. This will be crucial to making sure that the exchanges do not enroll too many older, less healthy people. It may be challenging to convince younger and healthier people that health insurance is a good deal for the money and offers sufficient protection to offset the risks of going without it. The government exchanges aren’t the only way to purchase health care insurance in the U.S.; private health insurance marketplaces will continue to exist.

The ACA requires every state to offer a public insurance exchange to its residents. State-specific health insurance exchanges are online price comparison websites where consumers can purchase health insurance. Each state can choose to create and run its own exchange, or if a state decides against that, residents of that state can shop on an exchange that will be run by the federal government, Healthcare.gov. This, and the state-based websites, are public exchanges; buyers can research all their options, buy health insurance and obtain tax credits to which their income entitles them. ACA requires individuals to purchase minimum health coverage beginning in 2014, ensuring that large numbers of healthy people participate in the exchanges.

A state, and the federal government, could become partners and share responsibility for operating that state’s exchange. No matter what each state decides, an exchange will be available to residents in every state. Public exchanges will be available for individuals who are buying insurance for themselves, and for small-group employers who can buy insurance to offer to their employees. The small-group exchange is called the Small Business Health Options Program (SHOP).

The federal government’s strategy for making health coverage affordable in 2014 for middle and lower-income taxpayers depends mainly on a new federal tax credit. The credit will be available as soon as an individual or family enrolls in a health plan through one of the state-based exchanges. The tax credit acts more like a subsidy or discount on health insurance premiums. Those whose income makes them eligible for a tax subsidy receive it up-front at the time of purchase. They don’t have to wait until they file taxes the following year.

Who qualifies for the tax subsidy? According to a study by the Henry J. Kaiser Family Foundation, people making between 100% and 400% of the federal poverty level (FPL) will qualify. FPL is based on income and family size and changes every year. Using 2013 levels, single individuals qualify for the tax subsidy with an income range of $11,490-$45,960, as well as a couple with an income of $15,510-$62,040 and a family of three earning $19,530-$78,120. According to a 2013 report from McKinsey & Co., six to seven million Americans may be eligible for what are called “zero-net-premium” plans, in which the tax subsidy covers the entire health insurance premium.

Employers pay the largest share of these costs through the health insurance benefits they provide for employees. For employers, continued increases in healthcare spending are reaching a “tipping point,” according to Booz & Company, a well-known management consulting firm. “Health insurance in the U.S. is at the cusp of a major transition from an employer-driven model to a model directly involving many more employees and consumers,” said a recent Booz & Company analysis of changes taking place in the health insurance market.

The average healthcare cost for large employers in the U.S. has increased to more than $10,000 per employee, and this is projected to grow nearly three times faster than the average salary, according to Aon Hewitt, an employee benefits consulting firm. Traditionally, employers had paid most of the costs associated with employee benefits, including health insurance. This was the “defined benefit” model, in which companies assumed most of the financial burden and risk of healthcare costs.

The Booz & Company analysis said that, “. … The healthcare affordability crisis is so intense for employers that private exchanges have a strong potential to grow in the medium to long term.” These electronic insurance marketplaces offer employers an easy way to transfer risk, not to mention a larger share of healthcare costs, to employees. The shift to a “defined contribution” type of plan such as a 401(k), may be an effective way to accomplish this. In a defined contribution plan, employees receive a fixed – “defined” – amount of money from their employer each year and use it to purchase the benefits they want. Employees contribute part of their salaries as well, and can use a private health insurance exchange to buy benefits.

A private exchange is a managed insurance marketplace, in which multiple insurers compete with one another by offering employees a choice of group plans. One of the most important advantages of a private exchange is that it combines – usually lower – group insurance prices with individual choice. Private exchanges give employees the opportunity to select the plan and insurer that best fit their needs, as well as guidance and additional information to help them make sound choices.

New Unknowns Ahead for Insurers

The ACA will change the health insurance market in many ways for consumers, but perhaps even more so for insurance companies. Starting in 2014, health insurers will, for the first time, be required to provide “guaranteed issue” and “guaranteed renewal” policies. That means that insurance companies can no longer deny coverage to applicants who have pre-existing conditions, cannot set lifetime maximum amounts on essential health benefits, set different rates based on gender, or charge older applicants much higher rates than younger ones.

As a result, insurers need ways to reduce or eliminate the possibility that the health insurance exchanges may attract a disproportionate number of individuals in relatively poor health. This is called adverse selection, which happens because sicker people are more likely to buy insurance than healthy people, and insurance companies are not able to adjust their premiums to account for the higher risk.

To protect against adverse selection, the ACA provides protections to ensure that health insurance companies are fairly compensated for the risks they acquire. These protections are designed to encourage insurers to compete on the prices and effectiveness of their insurance products, not on the relative health of the people they insure. These protections include risk-adjustment programs based on efficient care management and product quality, rather than “cherry-picking” the healthiest applicants.

It will probably be some time before we know whether it was just the Healthcare.govwebsite that had a few bugs in it, or Obamacare itself. Meanwhile, people who want to buy or switch their health insurance will have access to a wider array of choices through the web, where health insurers will have to compete for business. However, the ACA will likely also shift the burden of paying for healthcare insurance from employers to employees as more employers shift costs to their workers. 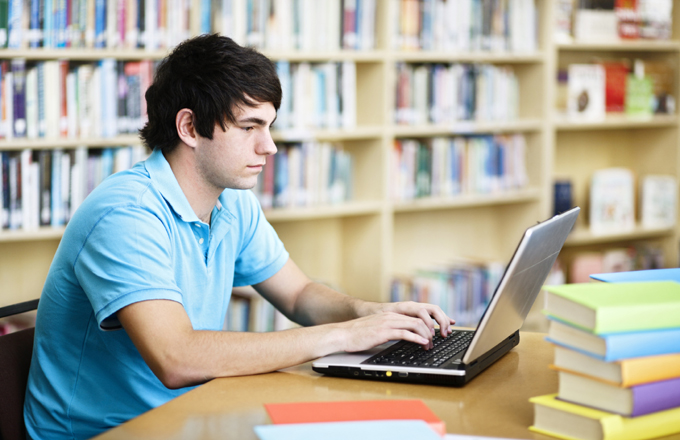