Jermaine Jackson set out on Sunday to put to rest reports that his mother, Katherine Jackson, had gone missing.

Katherine Jackson, the 82-year-old mother of the late Michael Jackson, had been reported missing on Saturday night by a relative. Michael Jackson’s daughter, Paris Jackson, said on her Twitter page early Sunday morning that she had not spoken to her grandmother in a week.

The news came shortly after reports of a dispute over Michael Jackson’s estate between the executors of his will, John Branca and John McClain, and members within the Jackson family.

“As I made clear some days ago, Mother is safe and well in Arizona with her daughter and our sister, Rebbie, resting up on doctor’s advice, so it is beyond me how she can be reported ‘missing,'” Jermaine Jackson said in a statement linked to on his official Twitter page.

“This incredulous claim was made for reasons best known to the adult/s who filed it but it seems no accident that it comes after we, the sons and daughters, put in place care-taking for our own mother, taking her to Arizona in line with doctor’s advice following a check-up,” the statement continued. “Furthermore, it dismays me that such an alarmist ‘missing person’ report has caused unnecessary anxiety among Michael’s children who will understandably react to what they misunderstand, hear or are told.”

“No-one is being ‘blocked’ from speaking with Mother. She is merely an 82-year-old woman following doctor’s orders to rest-up and de-stress, away from phones and computers,” the statement said. “Everyone has been well aware of this within the family, but I would like to reiterate my reassurance to the outside world that Mother is fine. In the meantime, thank you for all your thoughts and concerns.”

Investigators for the Los Angeles County Sheriff’s Department were able to locate Katherine Jackson on Sunday, July 22, a spokesperson for the department confirmed to OnTheRedCarpet.com’s parent company, KABC Television in Los Angeles.

Several family members, including Janet Jackson, Randy Jackson, Tito Jackson and Maureen Reillette “Rebbie” Brown (nee Jackson) wrote and signed an undated letter to the executors of his will claiming that it was a fake. The will reportedly left the late singer’s fortune to his children, Katherine Jackson and an undisclosed amount to charity.

The letter also claims, according to The Associated Press, that Katherine Jackson has been manipulated by the executors and that she suffered a mini-stroke as a result.

“Yes, the letter is authentic,” Randy Jackson wrote on Twitter on July 17. He later added in another Tweet, “We ask that everyone respects that this is a serious matter that will be handled by the proper authorities.”

Katherine Jackson is the guardian of Michael Jackson’s three minor children and Paris Jackson Tweeted about her grandmother early Sunday morning. “Yes , my grandmother is missing,” She wrote on July 22 at 1:33 a.m. “I haven’t spoken with her in a week i want her home now .”

She later added, “The same doctor that testified on behalf of Dr. Murray saying my father was a drug addict (a lie) is caring for my grandmother… just saying.”

The estate has denied the letter’s accusations and Jackson once obtained permission for a judge to investigate the validity of the will but never pursued the matter in court.

Michael Jackson died at age 50 in June 2009 from an accidental overdose of the anesthetic propofol and other medications in his rented Los Angeles mansion. His doctor, Conrad Murray, who prescribed the drug along with several other benzodiazepines, was sentenced to four years in jail in November after being found guilty of involuntary manslaughter. 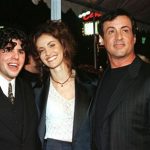 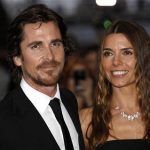 A Feast to celebrate Yoruba culture

Erdogan says women are not equal to men

Whodunit playing out as Vatican reels from encyclical leak 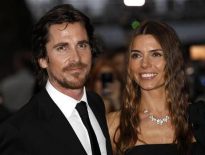 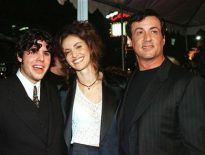