(Reuters) – Kenya’s tourism industry may be a swift winner from the election of Uhuru Kenyatta, owner of hotels and a vast business empire, as east Africa’s biggest economy seeks to benefit from a vote that avoided a re-run of bloodshed of five years ago. 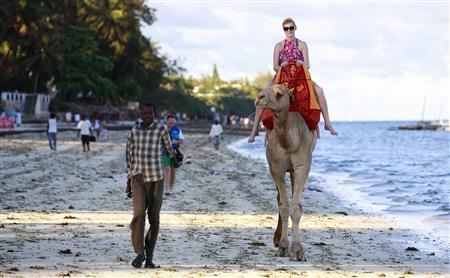 A tourist rides on a camel’s back at the Jomo Kenyatta public beach in Kenya’s coastal city of Mombasa, March 24, 2013. Kenya’s tourism industry may be a swift winner from the election of Uhuru Kenyatta, owner of hotels and a vast business empire, as east Africa’s biggest economy seeks to benefit from a vote that avoided a re-run of bloodshed of five years ago. Picture taken March 24, 2013. To match story KENYA-ECONOMY/TOURISM REUTERS/Joseph Okanga (KENYA – Tags: TRAVEL POLITICS BUSINESS ANIMALS)

Tourism is a vital sector for the nation of more than 40 million people and was one of the worst hit after a disputed presidential poll in December 2007 led to weeks of tribal blood-letting, scaring away investors and tourists by the planeload.

This time, a row over who won the vote was led by lawyers instead of armed thugs. A reformed judiciary that reviewed the case commands more respect than it ever did, a victory for the rule of law that could also lift business confidence.

As well as seeking more visitors, Kenya wants oil and gas investment to develop hydrocarbon discoveries, funds for a major new port planned in Lamu and other infrastructure, and investors to boost the nation’s position as a regional manufacturing hub.

Foreign investment “may take a while longer to see a meaningful increase but that should also start to rise in the near-term,” she said.

Old problems that annoy business, such as corruption and red tape, have not changed with Saturday’s ruling that confirmed U.S.-educated Kenyatta won in a fair vote against Raila Odinga, who studied in the former communist state of East Germany.

And a Kenyatta presidency comes with other baggage. He is charged with crimes against humanity at the International Criminal Court (ICC). That indictment complicates his personal relations with Western states, although diplomats talk of a “pragmatic” approach that should avoid harming trade ties.

“There is still the broader uncertainty of the ICC case. Whether the charges stand will be closely watched,” Khan said.

Yet from the small-time shopkeeper who ran down stocks for fear of renewed looting to five-star hotel executives fretting about reservations, the nightmare of another spasm of violence has been averted, with just pockets of unrest marring the calm.

“We have clients who were watching to see the outcome of the petition and the reaction that would follow,” said Mohammed Hersi of luxury Whitesands hotel, Mombasa’s biggest resort. “Now we are good to go. We definitely will have more bookings.”

Two people were killed when dozens of protesters took to the streets in the western city of Kisumu, an Odinga stronghold. But in Mombasa, another base of Odinga support, a desire to move on outweighed disappointment that their man lost.

Some businesses said 51-year-old Kenyatta, whose family owns the Heritage Group of hotels that range from a beach resort in Mombasa to an Indian Ocean island hideaway in Lamu, could be a boon for tourism. His family’s empire extends to dairies, a major bank and education.

“When Kenyatta was chairman of Kenya Tourism Board (KTB), he was someone we could talk to,” said Suresh Sofat, chief executive of Somak Travel, one of Kenya’s biggest tour firms. “He understood tourism and was fighting hard for us all.”

Challenges remain, not least how Kenyatta will juggle a case in the Hague while running a country. He has insisted he can do both and says he will cooperate with the court to clear his name, welcome words for Western states that have a policy of holding only “essential contacts” with ICC indictees.

But both sides may work hard to avoid that. Chinese imports may almost match those from Europe but 26 percent of Kenyan exports in 2011 headed to the European Union compared to 0.7 percent that went to China.

Chinese influence has grown sharply across Africa, Western firms may push to ensure their position in Kenya is not eroded. Big names in the country include Diageo, Vodafone, Tullow and Canada’s Simba Energy.

Kenya’s economy took a pummeling five years ago when weeks of post-election violence led to the killing of more than 1,200 people. About 350,000 people were displaced from their homes.

Growth has still not returned to the 7 percent level it reached in 2007 before the bloodbath began. The economy grew 4.5 to 5 percent in 2012, the International Monetary Fund estimated, forecasting before the election that it could reach at least 5.5 to 6 percent in 2013. Prospects could now improve further.

But it still puts Kenya behind some African neighbors, which were equally concerned by the vote because their economies were hit after 2007 when trade routes through Kenya shutdown.

And, even as his victory was challenged in court following the calm voting on March 4, Kenya seized on positive sentiment to announce plans for a debut $1 billion Eurobond.

Kenya’s initial plans to issue a $500 million Eurobond were delayed by the post-election violence in early 2008.

Tourism earned Kenya $1.12 billion in 2012 and was the third biggest foreign exchange earner behind tea exports ($1.31 billion) and remittances from Kenyans abroad ($1.17 billion). But the industry is particularly valuable because it is a big employer, vital for a nation with an expanding population.

“If the country is going to develop in a balanced way, there has to be an emphasis put on the tourism sector,” said Phumelele Mbiyo, head of macroeconomic research at CFC Stanbic Bank.

Kenya drew in 1.23 million tourists in 2012, far fewer than the 8 million or so a year that visit South Africa, a nation that offers a similar mix of beach resorts and safaris.

Kenyatta’s Jubilee coalition pledged to hike that to 3 million visitors a year. It could be helped by growing interest in Kenya as a destination.

“I was at the world tourism trade fair in Berlin and all we did was to sign new contracts and renew old ones,” said Hersi, referring to a meeting in March. “Things are looking up, and everyone is suddenly very interested in Kenya.”

Lagos-based consultancy W Hospitality Group said they would add 1,500 rooms to Nairobi, with 700 opening in 2013.

“This country holds huge promise,” said the European diplomat. “It can grow much faster than it has been growing.” 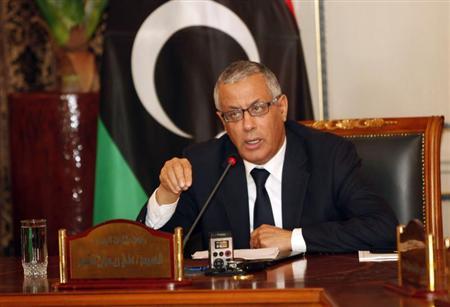 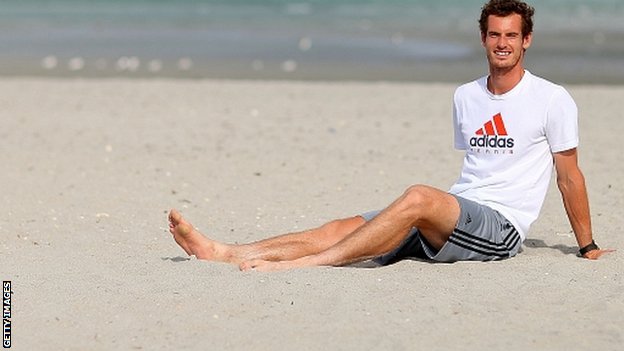