LONDON (Reuters) – Wayne Rooney’s overhead kick for Manchester United against Manchester City in February last season has been voted by fans as the best goal of the 20 years of the Premier League, it was announced on Thursday.

Rooney’s acrobatic effort, which gave United a 2-1 home victory and helped them to win last term’s title, was the only goal from the last 10 years among the nominees.

Dennis Bergkamp’s swivel and finish for Arsenal against Newcastle United in 2002 and team mate Thierry Henry’s dipping flick and volley against Manchester United in 2000 were second and third respectively.

The Premier League said in a statement that hundreds of thousands of fans had voted and that the top three received more than half the public vote, with Rooney garnering 26 percent, Bergkamp 19 percent and Henry 15 percent.

“I’d like to say a big thank you to all the fans that voted for me.”

Ex-United player David Beckham won the 10-year award in 2002 for his goal from the halfway line against Wimbledon in 1996.

A series of awards including best match, save and best goal celebration have been launched to mark the 20 years of the Premier League with results from the other online fan polls due in the coming weeks.

Rooney failed to reproduce his stunning goal in Monday’s derby when City won 1-0 to leave the title in their grasp with two games left. 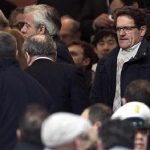 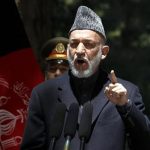 In Ohio, Obama cut into Romney’s advantage among white men 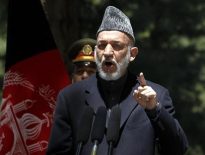 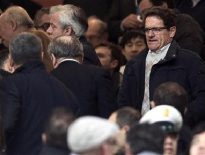