ARTESIA, Calif. (AP) — The Rev. Robert H. Schuller, a California televangelist and author who beamed his upbeat messages on faith and redemption to millions of followers from his landmark Crystal Cathedral only to see his empire crumble in his waning years, has died. He was 88.

Schuller died Thursday at a care facility in Artesia, daughter Carol Schuller Milner said. He was diagnosed with terminal esophageal cancer in 2013.

Bill and Hillary Rodham Clinton said they were saddened by the passing of a man who offered them unfailing kindness and wise counsel during Bill Clinton’s presidency.

From the people who filled the pews of the Crystal Cathedral to the millions who embraced his ministry on television and through his books, Robert Schuller was a beacon of faith, hope, and love, the Clintons said in a joint statement.

Once a ubiquitous presence on Sunday morning television, Schuller faded from view in recent years after watching his church collapse amid a disastrous leadership transition and sharp declines in viewership and donations that forced the ministry to file for bankruptcy.

The soaring, glass-paned Crystal Cathedral — the touchstone of Schuller’s career — was sold to the Roman Catholic Diocese of Orange in 2011. Schuller lost a legal battle the following year to collect more than $5 million from his former ministry over claims of copyright infringement and breach of contract.

Schuller, who preached in a flowing purple robe and outsized aviator glasses, led an evangelical Protestant ministry that was a product of modern technology. He and his late wife, Arvella, started a ministry in 1955 with $500 when he began preaching from the roof of a concession stand at a drive-in movie theater southeast of Los Angeles.

The church’s motto — Come as you are in the family car — tapped into the burgeoning Southern California auto culture and the suburban boom of post-World War II America.

By 1961, the church had a brick-and-mortar home, and Schuller began broadcasting his Hour of Power in 1970.

In 1980, he built the glass-and-steel Crystal Cathedral in the Orange County city of Garden Grove to house his booming TV ministry, which was broadcast live each week from the 2,800-seat sanctuary. At its peak in the 1990s, the program had 20 million viewers in about 180 countries.

Schuller’s message — that possibility thinking and love of God overcome hardships — was a uniquely American blend of Bible and psychology. It was inspired by late author Norman Vincent Peale, who wrote The Power of Positive Thinking. Schuller also wrote more than 30 books, including several best-sellers.

The classical error of historical Christianity is that we have never started with the value of the person, he wrote in his book Self-Esteem: The New Reformation. Rather, we have started from the ‘unworthiness of the sinner,’ and that starting point has set the stage for the glorification of human shame in Christian theology.

Fundamentalists attacked him for statements they believed denied the need for personal repentance of sin.

Schuller also was among the first foreign religious figures invited to preach on Russian television.

In the start of a carefully choreographed leadership transition, Schuller’s only son, then-51-year-old Robert A. Schuller, was installed as senior pastor in 2006. But he left amid a bitter family feud in 2008.

The tumult worsened a pre-existing decline in viewership and donations, and in 2010, Crystal Cathedral ministries filed for bankruptcy, citing debt of more than $43 million.

Bankruptcy filings indicated the ministry was paying significant tax-exempt housing allowances to Schuller family members and insiders. The allowances were legal, but they raised concerns among church creditors who had gone unpaid for months.

Robert Harold Schuller was born in Alton, Iowa, in 1926 and ordained in 1950. He was pastor of Ivanhoe Reformed Church in Chicago from 1950 to 1955 before moving to California.

Besides his son, Schuller and his wife had four daughters: Sheila, Jeanne, Carol and Gretchen. Wife Arvella Schuller died Feb. 11, 2014, after a brief illness. 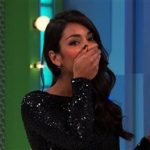 Amber Rose proclaims her love for Wiz Khalifa: “I’m sick of putting on a front”

NBC bets on comedy, to air “Voice” twice a season 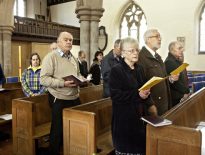 Europe Faith no more: how the British are losing their re… 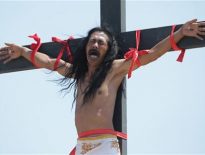