(Reuters) – The dwarfs and elves of “The Hobbit: An Unexpected Journey” prevailed at the North American box office again over the weekend, as its $32.9 million in ticket sales topped both the star-packed musical “Les Miserables” and the western “Django Unchained.”

Despite surging past “The Hobbit” on Christmas day with an $18.1 million opening, “Les Miz” managed only third place in U.S. and Canadian sales with $28 million as Christmas shoppers returned from the malls to boost Hollywood’s box office, according to studio estimates.

“The Hobbit,” in its third week of release, has now grossed $222.7 million domestically, Warner Bros said.

Chris Aronson, president of domestic distribution for Fox, said the “Parental Guidance” performance was “just a tremendous result for our little engine that could.”

Backed by a musical score that made it a Broadway icon, “Les Miz” surged past “The Hobbit” on Christmas day, collecting $18.1 million to pass “High School Musical 3: Senior Year” with the biggest midweek opening day by a musical.

But it was not enough to conquer the “Hobbit” juggernaut, which scored its third straight box office weekend win.

“People really love this movie, which is even more rewarding and gratifying,” Rocco said.

That would put it among the Hollywood’s Top 20 best-selling musicals. It would pass the 1972 film “Cabaret,” which grossed $191 million in box office sales adjusted for higher ticket prices, and put it close to “Camelot,” which sold $204.5 million in 1967, according to the web site the-numbers.com.

The most successful musical is “Snow White and the Seven Dwarfs,” which grossed more than $6.3 billion but has been re-released by Walt Disney nine times since its 1937 premiere, according to the site.

A rush of high-profile films in December is expected to push 2012 to a domestic box office record. The current record is $10.6 billion, set in 2009.

“Jack Reacher” debuted just days after the Newtown, Connecticut, school shooting sparked new debate about the impact of movie violence. “Reacher” begins with a sniper killing a handful of seemingly random victims. A red-carpet premiere and a screening to promote the $60-million production were postponed after the December 14 Newtown tragedy.

Adult comedy “This is 40” starring Paul Rudd and Leslie Mann as a middle-aged couple was sixth with $13.2 million. The Judd Apatow $35 million film totaled $37 million after two weeks. The seventh spot went to Steven Spielberg’s historical film “Lincoln,” with $7.5 million for a $132 million domestic total.

Comedy “The Guilt Trip,” starring Barbra Streisand and Seth Rogen as a mother and son on a cross-country drive, pulled in $6.7 million for eighth.

Also this week the latest James Bond hit “Skyfall” topped $1 billion in worldwide sales, despite falling out of the week’s top 10 films at the box office.

“The Hobbit” was distributed by Time Warner Inc’s Warner Bros studio. Paramount Pictures, a unit of Viacom Inc released, “Jack Reacher” and “The Guilt Trip.” Comcast Corp’s Universal Studios released “Les Miserables” and “This is 40.” “Django Unchained” was released in the United States by the Weinstein Company. 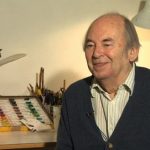 Pamela Anderson dating Dancing on Ice partner: Star is swept off her feet 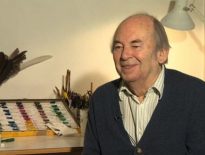