Belgian authorities on Monday returned a gold-capped tooth belonging to the slain Congolese independence hero Patrice Lumumba, as the former colonial power continues to confront its bloody past and look toward reconciliation.

The restitution of the relic took place after Belgium’s King Philippe earlier this month expressed his deepest regrets for his nation’s abuses in its African former colony, Congo, which is 75 times the size of Belgium.

Following a private ceremony in the presence of relatives of Lumumba during which the federal prosecutor handed over a case containing the tooth, Belgium’s prime minister Alexander De Croo told Congolese officials and Lumumba’s family that the restitution came way too late.

It is not normal that Belgium held onto the remains of one of the founding fathers of the Congolese nation for six decades, said De Croo, who also offered apologies for the role played by his country in the assassination.

Congolese Prime minister Jean-Michel Sama Lukonde said the return of the relic will be essential for the country’s national memory.

After his assassination in 1961, Lumumba’s body was dismembered and dissolved with acid in an apparent effort to keep any grave from becoming a pilgrimage site. The tooth was seized by Belgian officials in 2016 from the daughter of the Belgian police commissioner who said he took it after overseeing the destruction of Lumumba’s body.

Two years ago, the federal prosecutor’s office said there is no absolute certainty that the tooth being returned is Lumumba’s since no DNA test could be conducted.

Father, our hearts bled for 61 years. she said during the official ceremony, speaking next to a coffin with a picture of her late father on top of it. We, your children, your grandchildren and your great grandchildren — but also Congo, Africa and the world — we mourned your death without an eulogy.

Later the coffin was brought outside and draped in a Congolese flag.

Lumumba remains for many in Congo a symbol of what the country could have become after its independence. Instead, it became mired in decades of dictatorship that drained its vast mineral riches.

After pushing for an end to colonial rule, Lumumba became the newly independent Congo’s first prime minister in 1960.

But historians say when he reached out to the Soviet Union for help in putting down a secessionist movement in the mineral-rich Katanga region, he quickly fell out of favor during Cold War times with both Belgium and the United States. 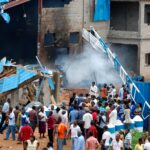 Obama nurtures his faith away from the spotlight 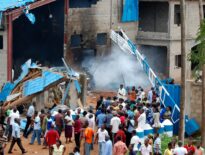 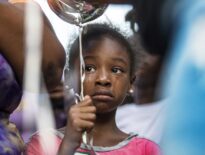