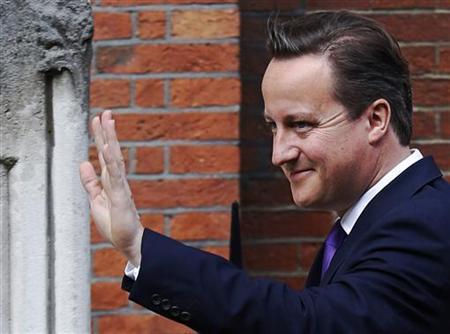 In a speech to commemorate the 1982 British victory over Argentina, Cameron accused Argentina’s government of “aggression” and said there would be “absolutely no negotiation” over sovereignty of the tiny islands, about 300 miles off the Argentine coast.

Tensions between the two countries have escalated in recent months, especially since British companies started to carry out offshore oil exploration. Argentine President Cristina Fernandez has reasserted claims to the scattered islands, known in Spanish as Las Malvinas.

“My message to the government of Argentina is this. The UK has no aggressive intentions towards you,” Cameron told an audience including British veterans of the two-month war to retake the Falklands which resulted in the deaths of 255 British and about 650 Argentine soldiers.

“But do not underestimate our resolve. Threats will not work. Attempts to intimidate the islanders will not succeed. Because Britain stands ready and willing to stand up for the Falkland Islanders at any time.”

Britain says there could be talks on sovereignty only if the islanders wanted them. The islands’ government said on Tuesday it would hold a referendum, probably next year, of its 3,000 inhabitants to see if they wanted to stay part of Britain’s self-governing overseas territories.

Argentine Defense Minister Arturo Puricelli dismissed the idea of a referendum. “It’s a paradox to ask the usurpers to debate whether or not they want to continue usurping,” he said in a speech on Thursday marking the end of the war.

“Argentina has historic, legal and geographic arguments in favor of our sovereignty over the Malvinas,” he said.

Gavin Short, chairman of the Falklands Legislative Assembly, said he was certain the residents would back a continued link with London and Cameron said this would clarify the position “beyond any doubt”.

Argentina accuses Britain of colonialism over the archipelago London has controlled since 1833. Fernandez was due to attend a meeting of the U.N. Decolonization Committee on Thursday to raise the issue and push for talks.

“Britain’s excuses for not negotiating are unfounded,” Alicia Castro, the Argentine ambassador to London, wrote in an article for the Independent newspaper.

“They cannot hide behind the so-called self-determination of the islanders when no UN resolution has recognized such a right.”

As well as stepping up its rhetoric, Argentina has been applying diplomatic and economic pressure.

In December, the South American trading bloc Mercosur – including associate member Chile – agreed that vessels sailing under a Falkland Islands flag would be banned from docking at any of its ports as an act of solidarity with Argentina.

Cameron said he wanted a sensible relationship with Buenos Aires and a partnership over issues such as fishing.

“There is only one shadow on the horizon. And that is the aggression from over the water,” Cameron said.

“We’ve seen the (Argentine) president trying to restrict the movement of Falklands vessels, banning charter flights to and from Argentina and today, escalating the debate at the U.N.” 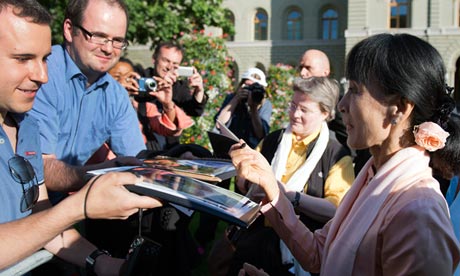 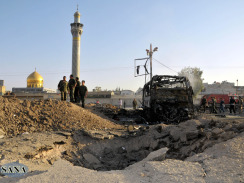