BEIJING (AP) — As a ninth-grader, Shanghai’s Li Sixin spent more than three hours on homework a night and took tutorials in math, physics and chemistry on the weekends. When she was tapped to take an exam last year given to half a million students around the world, Li breezed through it. 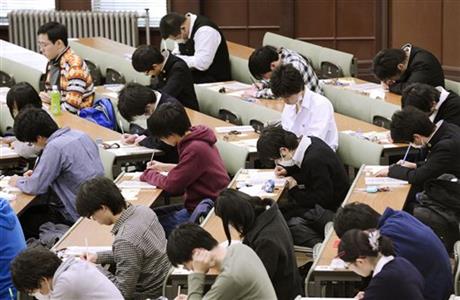 In this January 2013 photo, preparatory students sit for National Center Test for University Admissions at the University of Tokyo. Students from Shanghai, Hong Kong, Singapore, Taiwan, Japan and South Korea were among the highest-ranking groups in math, science and reading in test results released Tuesday, Dec. 3, 2013 by the Program for International Student Assessment (PISA) coordinated by the Paris-based Organization for Economic Cooperation and Development (OECD). The group tests students worldwide every three years. In Japan, the government added 1,200 pages to elementary school textbooks after its children fell behind in those in rivals such as South Korea and Hong Kong in 2009, although Japan’s scores for 2009 were tops for rich industrialized countries. Japan has since improved its standings in all three areas. (AP Photo/Kyodo News) JAPAN OUT, CREDIT MANDATORY

I felt the test was just easy, said Li, who was a student at Shanghai Wenlai Middle School at the time and now attends high school. “The science part was harder… but I can handle that.

Those long hours focused on schoolwork — and a heavy emphasis on test-taking skills — help explain why young students like Li in China’s financial hub once again dominated an international test to 15-year-olds called the Program for International Student Assessment, or PISA, coordinated by the Paris-based Organization for Economic Cooperation and Development, or OECD.

Students from Hong Kong, Singapore, Taiwan, South Korea and Japan — all from Asia — were right behind.

Students in the wealthy city of Shanghai, where affluent families can afford to pay for tutors, are not representative of China overall, although they are ranked as a group alongside national averages for countries such as the United States and Japan. Still, they are indicative of education trends in China and elsewhere in Asia — societies where test results determine entrance into prestigious universities and often one’s eventual career path.

Shanghai scored an average of 613 on math, as compared with the nearest rival Singapore with 573, and the global average of 494. Hong Kong ranked third in math, scoring 561, while Japan was ranked seventh and scored 536. The test is given every three years.

The results have led to hand-wringing elsewhere, including in the United States, where students failed to rank in the top 20 in any category. U.S. Education Secretary Arne Duncan called the results a “picture of educational stagnation.

In China, educators say hard work is a key to their student’s impressive showing.

They listen carefully in the class and do the homework, said Bai Bing, the headmaster of Li’s school, where about 40 students were chosen to take the global test. They respect the teachers, and do exactly the assignments that teachers ask them to do.

And it is a tradition that the Asians pay more attention to mathematics, Bai said.

In Hong Kong, 16-year-old Rosita Or said extra tutorials can extend her school days to 8 p.m. — but she does credit them with improving her math grades in school.

Still, Chinese educational experts are taking a more somber view in the face of the stellar achievements by their students, saying the results are at most partial and covering up shortcomings in creating well-rounded, critical thinking individuals.

“This should not be considered a pride for us, because overall it still measures one’s test-taking ability. You can have the best answer for a theoretical model, but can you build a factory on a test paper?” asked Xiong Binqi, a Shanghai-based scholar on education.

The biggest criticism is that China’s education has sacrificed everything else for test scores, such as life skills, character building, mental health, and physical health, Xiong said.

Even the party-run People’s Daily noted the burden on Shanghai students. While many countries have been urged to increase more study time and more homework for their students, Shanghai clearly needs some alleviation, the editorial reads.

Japan’s education minister, Hakubun Shimomura, pointed to the test results as evidence of success in reforms aimed at reducing class sizes — despite continued criticism of the pressure-filled university entrance examination system. Many Japanese students also attend cram schools to get an extra edge.

Asian countries do better than European and American schools because we are ‘examination hell’ countries, said Koji Kato, a professor emeritus of education at Tokyo’s Sophia University. “There is more pressure to teach to the test. In my experience in working with teachers the situation is becoming worse and worse.

In China, where educational inequity is deeply entrenched, Shanghai has become an oasis of high standards and generous government support. The city invests four times the national average per student.

Shanghai is an exception, and it is by no means representative of China, said Jiang Xueqin, deputy principal at the High School Attached to Tsinghua University in Beijing. “It’s an international city where its residents pay great attention to education and where there are many universities.

Ironically, many Chinese parents — especially those with means and bemoaning the pressure their children must endure in local schools — are increasingly sending their children overseas for what they consider a more well-rounded education.

In an analysis by the Shanghai Academy of Educational Sciences, it said Shanghai students ranked the first globally in time spent on homework. On average, they spent 13.8 hours on school-assigned homework every week, far above the international average of seven hours.

Zhang Minxuan, president of Shanghai Normal University, said homework is crucial to one’s learning, although its effectiveness plateaus after 11 hours, according to Shanghai Education News, a web site by the Shanghai Education Commission. Zhang, who oversaw the PISA administration in Shanghai, said PISA does not measure students’ social abilities, physical health and aesthetics, and he cautioned against extrapolating to the rest of the country.

Shanghai is one of the most prosperous Chinese cities and one of the cities with balanced education. Shanghai students’ top placement in PISA is no proof of equal development of education in China,he said, as reported by Shanghai Education News. “With no denying, China’s education still has a long way to go. 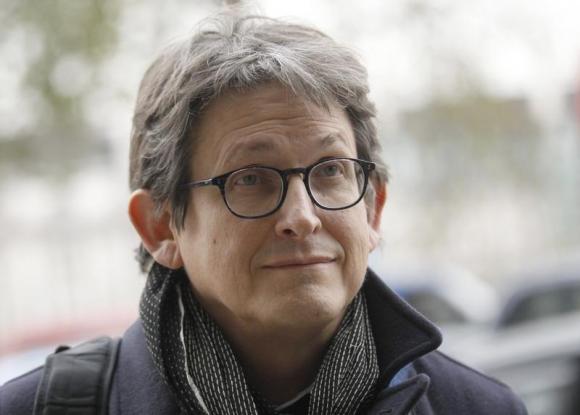 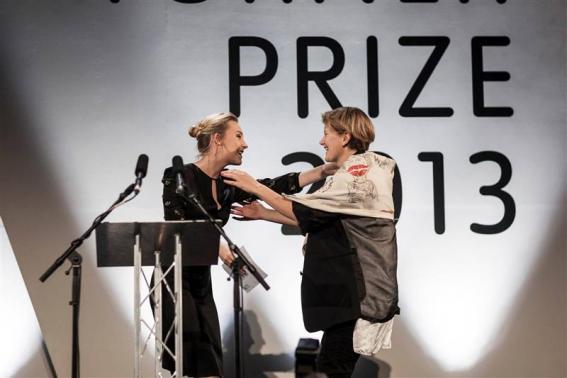