(Reuters) – Security at the U.S. mission in Benghazi, Libya was grossly inadequate to deal with a September 11 attack that killed a U.S. ambassador and three others because of failures within the State Department, an official inquiry found on Tuesday. 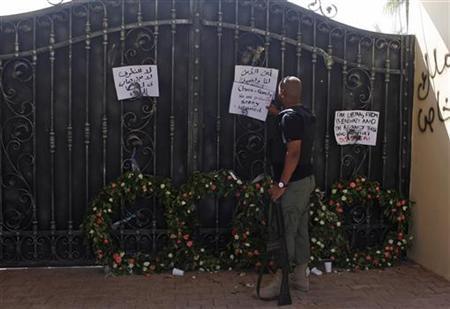 A Libyan government militia guarding the main entrance of the U.S. consulate that was attacked last week, fixes a note written by Libyans against the attack, in Benghazi city September 18, 2012. REUTERS/Asmaa Waguih

In a scathing assessment, the review cited “leadership and management” deficiencies at two department offices, poor coordination among officials and “real confusion” in Washington and in the field over who had the responsibility, and the power, to make decisions that involved policy and security concerns.

The attack killed Ambassador Christopher Stevens and three other Americans and set off a political furor as Republicans used the issue to attack President Barack Obama before the November 6 election in which he won a second term in office.

The report’s harsh assessment seemed likely to tarnish the four-year tenure of Secretary of State Hillary Clinton, who said in a letter accompanying the review that she would adopt all of its recommendations.

“Systemic failures and leadership and management deficiencies at senior levels within two bureaus of the State Department … resulted in a special mission security posture that was inadequate for Benghazi and grossly inadequate to deal with the attack that took place,” said the unclassified version of the report by the official “Accountability Review Board.”

The board specifically faulted the department’s Bureau of Near Eastern Affairs, the regional office which is responsible for the Middle East and North Africa, and the Bureau of Diplomatic Security, its law enforcement and security arm.

The five-member board said U.S. intelligence provided no “specific tactical warning” of the attack and that there was “little understanding of militias in Benghazi and the threat they posed to U.S. interests” in the eastern Libyan city, where the central government has little influence.

The incident has raised questions about the adequacy of security at U.S. embassies around the globe and where to draw the line between protecting American diplomats in dangerous places while giving them enough freedom to do their jobs.

Jon Alterman, head of the Middle East program at the Center for Strategic and International Studies, said the assessment reflected poorly on Clinton and its recommendations would probably make life harder for diplomats in the field

“This is a mark against Secretary Clinton. While she was not singled out, the report highlighted the lack of leadership and organization on security issues, and those fall into her bailiwick,” Alterman said.

“The report, however, relies a little too much on bureaucratic fixes,” he added. “Sprinkling people throughout the system who are not only empowered to say ‘no,’ but have an institutional interest in doing so, will make it harder for diplomats to get out of tightly guarded facilities.”

Related:  Syria 'will not use' chemical weapons on its own people
Powered by Inline Related Posts

The board found little evidence that the February 17 guards alerted Americans to the attack or swiftly summoned more militia members to help once it was under way. There had been questions of reliability in the weeks preceding the attack.

The board recommended that the State Department create a new, senior position to oversee security at “high threat” posts, to strengthen security at such posts beyond what is usually provided by host governments, and to consult outside experts on “best practices” for operating in dangerous environments.

The department should also hire more security personnel at dangerous posts, ensure key policy and security staff serve there for at least a year and consider making it easier to punish those who perform poorly in future security incidents.

The political uproar in the United States over the Benghazi attack has already claimed one victim.

U.S. Ambassador to the United Nations Susan Rice, widely tipped as a front-runner to replace Clinton when she steps down as secretary of state early next year, last week withdrew her name from consideration, saying she wished to avoid a potentially disruptive Senate confirmation process.

Republican lawmakers had blasted Rice for comments she made on several television talk shows in the aftermath of the attack in which she said preliminary information suggested the assault was the result of protests against an anti-Muslim video made in California rather than a premeditated strike.

The review, however, concluded that no protest took place before the attack. Rice has said she was relying on talking points drawn up by U.S. intelligence officials. 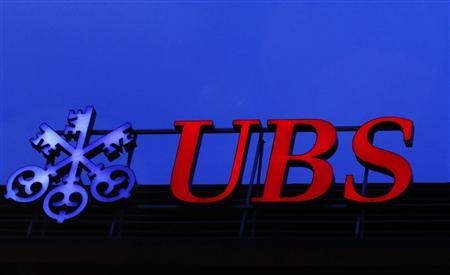 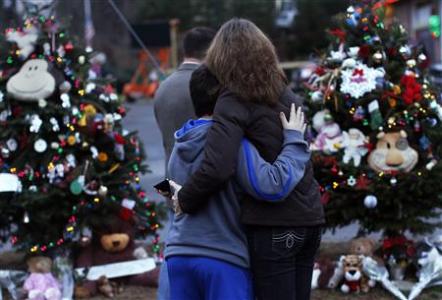