A “manifesto” left by Islamists in Mali indicates that disagreements between them may have led to their defeat – so far – on the battlefield. 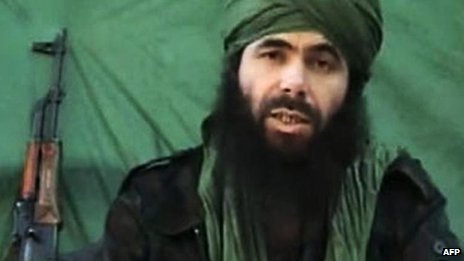 The document, published by a French newspaper, is said to contain advice by the head of al-Qaeda in the Islamic Maghreb (AQIM), Abdel Malek Droukdel.

It criticises militants in Mali for implementing Islamic law too quickly and predicts France’s intervention.

The document was found by journalists in Timbuktu, northern Mali.

The advice and instructions, said to be given by the Algerian Mr Droukdel, revealed in the Liberation paper, are dated 20 July 2012 – four months after a loose coalition of al-Qaeda-affiliated groups and ethnic Tuareg fighters took control of northern Mali.

In the document, versions of which were earlier published by Associated Press news agency and French radio station RFI, Mr Droukdel warns his subordinates not to implement Islamic law too quickly.

This advice, he said, was because the jihadist project in Mali is “a baby in its first days that is still crawling”.

The highly unusual document is written almost in the style of a chief executive officer issuing instructions to his middle management.

The AQIM leader criticises his subordinates for allowing Islamists to destroy shrines they considered “idolatrous”.

This destruction was one of the acts which drew the attention of the outside world to northern Mali.

He was right, of course; French forces spearheaded the expulsion of the Islamists from Mali’s main towns early this year.

The criticism of subordinates in the Islamist movement by Mr Droukdel appears to indicate that he thinks some of the groups operating in northern Mali were hotheads who needed to be reigned in and adopt a more softly-softly approach if the ultimate aim of a jihadist state was to be achieved.

If this “hothead theory” is correct, it may help explain the apparently irrational military advance that the Islamists made towards the Malian capital, Bamako, in early January.

Experienced Mali-watchers were perplexed by the sudden military lurch southwards made by the Malian Islamist groups, Ansar Dine and Movement for Unity and Jihad in West Africa (Mujao), which prompted the French response.

These observers said it was most unlikely the Islamists could ever control the whole of Mali – and that they should have been aware of this.

The Mali-watchers pointed out that while northern Mali is sparsely populated and contains some groups sympathetic with Islamists or the ethnic Tuaregs, the same cannot be said of the south, where most people oppose the radicals and separatists.

It therefore seemed irrational when these groups advanced in early January on the north-eastern town of Konna, which is within striking distance of a major military airbase at Severe, near the city of Mopti.

The threat to the Severe airbase, the biggest in central Mali, appears to have been what made the French move – and defeat the Islamists, so far, in the main towns and cities of the north.

Of course, it is possible there were also other sparks to the war between the French and the Islamists. But the hothead theory appears to be bolstered by the Droukdel instructions and advice.

The document is described by Mr Droukdel as “a set of directions and recommendations… to the brother emirs in the Sahara”.

In essence, it advises caution in order to avoid a “very probable, perhaps certain” military intervention by Western powers “who still have many cards to play”.

The AQIM leader advises his direct subordinates against being “at the forefront”. Many of the AQIM top cadres are thought to be Algerian.

Mr Droukdel says the strategy should be, rather, to include local Malian activists to share both the management of the jihad and any possible blame if the West intervenes and failure ensues.

“The aim of building these bridges,” Mr Droukdel says, “is to make it so that our Mujahedeen are no longer isolated in society, and to integrate with the different factions, including the big tribes and main rebel movements and tribal chiefs”.

The aim of the manifesto is clearly jihadist. But the tone is tactical and managerial – in contrast to the passionate, extremist image sometimes attributed in the West to the Islamists. 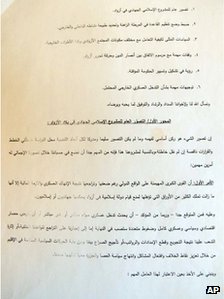 The purported letter contains a set of instructions

In the document Mr Droukdel strongly criticises “wrong policies” and “the extreme speed with which you applied Sharia [Islamic law]”.

He writes about two major mistakes “which I hope you will not repeat:

The tone of the document implies that a rational, long-term planning mechanism is in place.

One implication of this is that while the French military may have scored impressive short term success, AQIM and its allies will almost certainly be back to try to re-implement the plan at a later date. 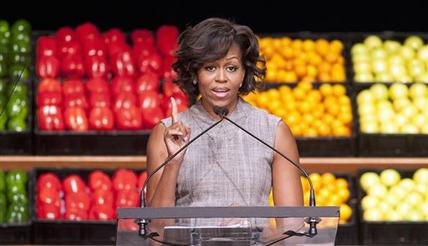 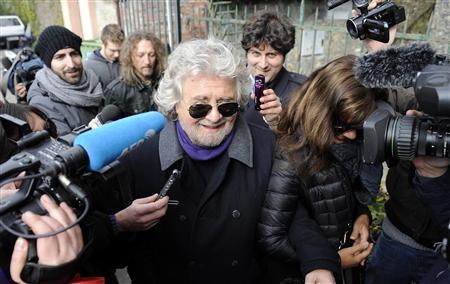