By Bate Felix and Adama

For long one of the most stable democracies in West

Africa, Mali has plunged into turmoil since a widely condemned March 22 coup that emboldened Tuareg rebels to seize half the

country in their quest for a northern homeland.

They have been joined by Islamists bent on imposing sharia, Islamic

law, across the whole of the moderate Muslim state, now the latest security headache for a region battling al Qaeda agents

Worried neighbours, including Ivory Coast and Niger, have

told coup leaders to step down immediately. On Monday they launched sanctions, including the closure of borders to the

land-locked country and a freezing of its funds at the central bank of the West African franc currency zone.

just filling up now in case we get shortages,” said one resident at a garage in central Bamako before he rushed off with four

jerry-cans of petrol. Around 50 others queued for petrol in cars, motorbikes and on foot.

Much of Mali’s fuel is

The junta, led by the hitherto obscure U.S.-trained Captain Amadou Sanogo, issued a

“We ask the population to remain calm,” the statement on state television said, adding that the

priority at the moment remained fighting the rebellion in the north.

While the stated aim of

the coup leaders was to give the army more clout to tackle the two-month-old revolt, their power grab triggered a rebel sweep

through a northern zone the size of France – in many cases hard on the heels of fleeing army forces.

rebel group MNLA says it controls the three main towns in the desert zone – Kidal, Gao and the ancient trading post of

Timbuktu – and has stressed it has no intention of pushing further north.

But there is growing disquiet about the role

of the local Ansar Dine Islamist group, which, rather seeking to carve out a northern homeland, wants to impose Islamic law

across all of Mali. In Gao its members ransacked hotels serving alcohol and told locals that Western-style clothing was

initially seized the town on Sunday.

regional attempt to halt the rebellion.

Ousted President Amadou Toumani Toure, who had been due to step down in

scheduled elections later this month, is still in hiding. Neighbours are proposing that a neutral figure be named as interim

president before a new attempt to stage polls.

intervention to secure the south from any further advances and, ultimately, to win back ground from the

up to 3,000 troops, but the arduous process of extracting troop contingents from individual countries has yet to begin in

Over 200,000 Malians have fled their homes because of the fighting, and the pillaging of food, fuel and

medical supplies in Gao and other northern towns has worsened their plight.

appealed to warring factions to spare local heritage sites such as Timbuktu’s earthen mosques, cemeteries and other legacies

of its “golden era” in the 16th century. 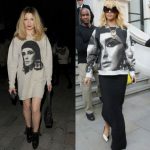 Rihanna & Nicola Roberts Battle It Out For Cleopatra 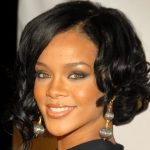 Timbuktu’s art of saving its manuscripts 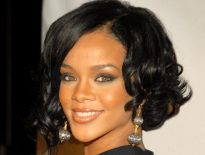 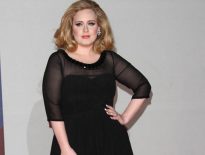 Celebrity Adele To Release New Single By ‘The End Of T…