(Reuters) – Hurricane Sandy, strengthening rapidly after crossing the warm Caribbean Sea, slammed into southeastern Cuba early on Thursday with 110 mph winds that cut power and blew over trees across the city of Santiago de Cuba.

A Cuban television reporter, reporting by telephone from the communist island’s second largest city, held the phone up to a window so viewers could hear Sandy’s roaring winds that he said had left the city “completely dark” and created a “very tense” situation.

He said the Category 2 storm had toppled many trees across the city of 500,000 people situated some 470 miles southeast of the capital Havana.

The eye of the storm came ashore just west of the city with waves up to 29 feet and a six-foot (2 meter) storm surge that caused extensive coastal flooding, Jose Rubiera of the Cuban weather service said in a television report.

Heavy rains were falling throughout the storm-stricken region, with forecasters predicting six to 12 inches for most areas and as much as 20 inches in isolated places.

Rubiera said Sandy had intensified rapidly as it neared land fueled by 88 degree (31 Celsius) waters on its way from Jamaica, struck earlier in the day by the storm when it was still at Category 1 on the five-step Saffir-Simpson hurricane intensity scale.

A Category 2 storm has winds between 96 and 110 mph, leaving Sandy within a whisker of becoming a Category 3 hurricane.

The National Hurricane Center in Miami reported gusts up to 114 mph, but Rubiera said a weather station on the Gran Piedra, a mountainous outcropping near Santiago de Cuba, had a gusts up to 152 mph.

At least 55,000 people had been evacuated ahead of Sandy, Cuban officials said, principally because of expected flooding.

Forecasters said the storm, moving north-northeast at 15 mph, would cross the island within a few hours, heading toward the Bahamas, where hurricane warnings have been posted for the southeastern Ragged Islands.

A tropical storm watch was in place for south Florida.

The storm would maintain much of its intensity as it marches across Cuba, the hurricane center said.

Sandy was not expected to enter the Gulf of Mexico, where the United States has extensive oil and gas installations.

The Cuban government suspended flights to and from eastern Cuba, along with bus and train services in the area. Nearly 1,000 tourists were taking shelter in their hotels, officials said.

Officials put agricultural products including sugar and coffee into warehouses out of harm’s way. Almost 3,000 Cubans working on the coffee harvest in Santiago de Cuba were sent home.

Cubans battened down the hatches as the storm approached.

“I’ve lit a candle to the Virgin of Charity, the patron saint of Cuba, to ask that Sandy not do much damage.”

Student Elizabeth Cusido, 23, said the storm was more than she could bear.

“The only thing I can do is close my eyes and hope that nothing happens,” she told Reuters. “I have tremendous fear of the winds and floods.”

At the Guantanamo Bay U.S. Naval Base, electricity was out and all but emergency workers were confined to quarters, said a Reuters reporter at the base to cover war crimes tribunals.

A police official said a man died under a crush of stones that fell from a hillside as he tried to get into his house in a rural village near Kingston, Jamaica’s capital.

Computer models generally forecast that Sandy would steer clear of the U.S. East Coast, but some showed it could pose a risk to the U.S. Northeast early next week.

(Reporting By Jeff Franks and Nelson Acosta in Havana, Horace Helps in Jamaica and Jane Sutton in Guantanamo; Editing by John Stonestreet) 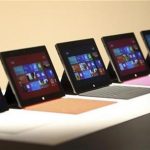 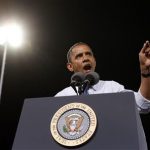 Obama offers a glimpse of his second-term priorities

Obama kicks off battle versus Romney with big money lead 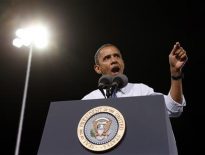 News Obama offers a glimpse of his second-term prioriti… 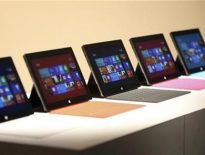