(Reuters) – A fourth member of Syrian President Bashar al-Assad’s inner circle died on Friday from wounds sustained in a bomb attack this week and troops struggled to recapture border posts and parts of Damascus from rebels targeting the heart of his power.

In the latest of a series of apparently coordinated attacks this week on high profile targets, rebels set fire to a military barracks in Damascus which opposition sources said was used as a training ground for shabbiha militiamen loyal to Assad.

In the past 24 hours, the rebels have seized two border crossings between Syria and Turkey and one with Iraq.

Syrian forces pushed fighters, who have converged on Damascus from all over Syria for a “final” battle, out of the central district of Midan and into southern neighborhoods, where residents reported heavy shelling and clashes.

The U.N. refugee agency said record numbers were fleeing the country and it had heard banks had run out of cash.

Assad, 46, has not spoken publicly since Wednesday’s attack on a meeting of his high command and only appeared on Thursday to appoint a new defense minister to replace one of the men assassinated in the boldest strike of the 16-month-old revolt.

The next few days will be critical in determining whether Assad’s government can recover from the devastating blow of the bombing, which destroyed his aura of invulnerability.

Syrian state television said a funeral ceremony for the defense minister, his deputy – Assad’s brother-in-law – and a senior general was held on Friday in Damascus, without mentioning whether Assad attended.

It also said Syria’s intelligence chief Hisham Bekhtyar had died of wounds from the attack on the close-knit crisis unit charged with suppressing the uprising threatening four decades of Assad’s Alawite family rule.

The rebels, who struggled for months against government assaults on their strongholds elsewhere in Syria, appeared to favor small, high impact attacks, with residents reporting blasts near the landmark Assad Library in the heart of the city.

A witness said the shabbiha barracks was torched after a two-day siege. “The Saiqa (thunderbolt) barracks is now on fire. About 80 shabbiha and army who have been defending it have withdrawn,” Abu Ilizz, a resident of the district adjacent to the Council of Ministers building, said by telephone.

The conflict has changed from an uprising in poor towns and villages to a civil war tearing the capital.

It has become a proxy conflict pitting Russia and Shi’ite Muslim Iran, which back Assad, against Sunni Muslim powerhouse Saudi Arabia, Turkey and Qatar, which are arming and funding the Sunni rebels.

The rebels include the Free Syrian Army, a group of army defectors joined by Sunni youths, as well as al-Qaeda style Jihadists, the Muslim Brotherhood, and local pro-democracy Sunni liberals.

Clashes raged for a sixth day in the ancient city and at least three people were killed when Syrian army helicopters fired rockets at the southeastern neighborhood of Saida Zeinab, opposition activists said.

Rebels are calling their offensive “Damascus Volcano and Syrian Earthquake”. The Syrian government also said that this would be the last battle.

“The regime is going through its last days,” Abdelbasset Seida, the leader of the main Syrian opposition umbrella group, the Syrian National Council, said in Rome, predicting a dramatic escalation in violence in the 16-month-old revolt.

State television said Syrian forces had cleared the central district of Midan of “mercenaries and terrorists” and aired footage of dead men in t-shirts, some covered in blood, others burned.

Opposition activists and rebel sources confirmed on Friday that they had withdrawn after coming under heavy bombardment.

“It is a tactical withdrawal. We are still in Damascus,” Abu Omar, a rebel commander, said by telephone.

Adding to the sense of crisis, power in many parts of the city had been cut as temperatures rose to above 40 degrees Celsius (104 degrees Fahrenheit) on Friday.

Residents in central Damascus said shops were closed, roads were empty and only a handful of people were outside. The normally heavy traffic of the cramped Middle Eastern city was missing; only a few cars were moving along its boulevards

“We have heard reports that many of the banks have just run out of money,” Melissa Fleming, chief spokeswoman for the United Nations’ refugee agency UNHCR, told a briefing in Geneva.

Up to 30,000 Syrian refugees may have crossed into Lebanon in the past 48 hours to escape the fighting, a huge increase. There were also growing numbers fleeing to Iraq and people pouring into Jordan and Turkey, she said.

Residents reported a lack of government checkpoints in the heart of the city and fewer guards in front of the Interior Ministry a day after the police headquarters was burned down.

Another Syrian general fled to Turkey overnight, along with four colonels and 17 lower-ranking officers, a Turkish official said, bringing the number of generals sheltering there to 22.

On Friday, the Iraqi army erected blast walls to seal the Abu Kamal/Qaim border crossing, which was seized by rebels the night before, a Reuters photographer reported from the scene. The crossing is the main link between Syria and Iraq on the Euphrates River highway, one of the major trade routes across the Middle East.

The Syrian side had been burned and looted and a senior Iraqi interior ministry official said it appeared to be in rebel hands. Iraqi officers said it was quiet after clashes overnight.

Government forces struck at the Bab al-Hawa border post on the frontier with Turkey, which was seized by rebels overnight.

Rebels said they were still in control of it, and a Turkish official said rebels also held a border post at Jarablus. He said the crossings were not closed but the Turkish border guards were warning people they were unsafe and they were turning back.

The Syrian Observatory for Human Rights, which compiles reports from activists, said 310 Syrians, including 98 security personnel, were killed on Thursday, the highest daily death toll so far. The reports could not be confirmed.

Diplomatic efforts – rapidly overtaken by events on the ground – collapsed in disarray on Thursday when Russia and China vetoed a U.N. Security Council resolution that would have imposed sanctions unless Syrian authorities halted violence. Washington said the Council had “failed utterly”.

China said the West was to blame for trying to ram through a draft that did not put enough pressure on opposition groups.

The U.S. ambassador to the United Nations, Susan Rice, said the Security Council had “failed utterly”, and Washington would look elsewhere for ways to act.

Russia criticised her comments. “I think that is a very alarming signal to all of us,” Foreign Ministry spokesman Alexander Lukashevich said in Moscow.

On Friday the Council was to debate narrower resolutions to extend a small unarmed monitoring mission. Britain proposed a 30 day extension, while Pakistan, with the support of Russia, proposed a 45-day extension. 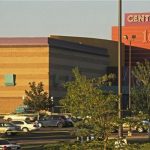 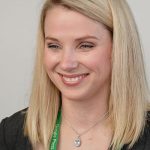 Predicting The Strange Future Relationship of Yahoo!, Google, and Facebook 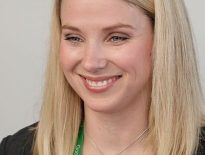 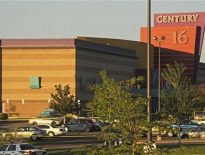