Chinese investors scramble for a bite of Apple

companies rumored to be suppliers. 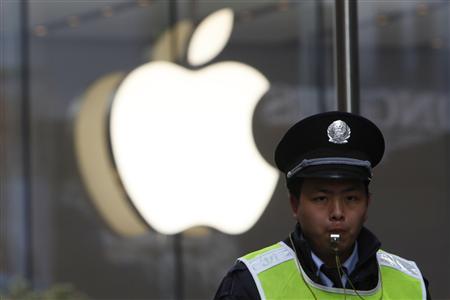 guard stands in front of an Apple store in downtown Shanghai in this February 18, 2012 file photo. REUTERS/Aly Song/Files

Investors have flocked to the only two China-listed firms that Apple has confirmed as suppliers, sending their

valuations to lofty levels, while speculation has become rife in firms thought to be indirectly doing business with the

BYD Co Ltd has gained more than 15 percent since mid-January, when they were cited on Apple’s first-ever suppliers’ list.

China’s benchmark Shanghai Composite Index is up 5.6 percent for the same period.

Apple’s growth as they believe sales of iPhones and iPads will remain strong,” said Zhou Feng, analyst at Donghai Securities

“Investing in Apple suppliers is not a bad idea, since they’re the girls hanging out with the rich

Shares of Apple, which is listed on the Nasdaq, hit a record high of $644.00 this month.

Chinese individuals can get to owning Apple shares, given the ban on the direct purchase of overseas stocks, is to buy into

have invested in Apple.

The biggest exposure to Apple in a QDII fund is around 20 percent, via the Guotai Nasdaq-100 Index Fund which

tracks the Nasdaq-100 Index. The fund has gained 7.3 percent during the past 12 months, compared with a 21 percent drop in

Given their limited access, many local investors have turned to

Such a trading strategy is not uncommon in China’s strictly controlled capital markets.

overseas REIT funds to speculate on the property market, for example, even though the performance of these products is based

on the commercial rental market.

The hunt for exposure to Apple has at times taken

Shares of Success Electronics Ltd, which makes touch screens and has been cited by domestic media and

analyst reports as an Apple supplier, nearly doubled in February on expectations of the imminent launch of the iPad 3.

which domestic media and analysts have said provides raw materials to suppliers of iPad and iPhone components, surged 35

percent in the fourth quarter of 2010, following the launch of the iPhone 4 earlier in the year. Its shares have since fallen

back, however, and the company barely made a profit in 2011.

But analysts believe that Anjie, with its proven and

direct relationship with Apple, can continue to perform well, even with its high valuations.

forecast that first-half profit this year may grow as much as 70 percent, after surging 82 percent last year to 101 million

“You can hold on to Anjie as long as you have faith in Apple,” said Wu Binhua, analyst at Hwabao

Securities. “But too much reliance on one single customer is also a potential risk.”

Asset management Co and Yinhua Fund Management Co boosted their holdings in Anjie during the first three months of this year,

“It’s possible that the Apple suppliers list has generated more investor interest in us,” said Ma

Yuyan, an investor relations official at Anjie, which makes components used in iPhones and generates about half its revenue

BYD, which makes cars and batteries, declined to detail its business with Apple, citing a confidentiality

agreement. The company has yet to publish its quarterly results.

trades at 46 times, far above the average of 29 times for firms listed on Shenzhen’s SME board, which lists small- and

Chinese investors scramble for a bite of Apple 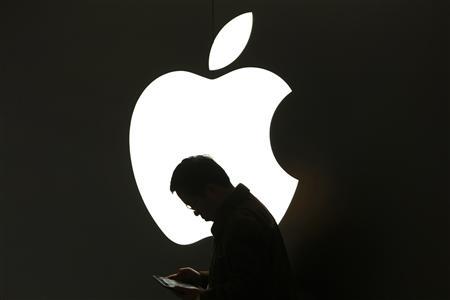 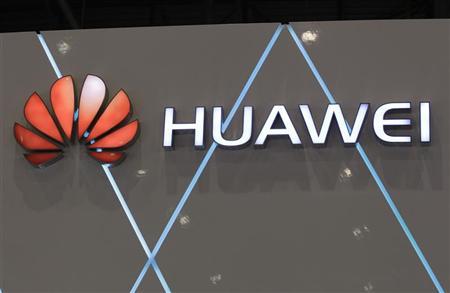