The Asia Securities Industry and Financial Markets Association (ASIFMA) is in discussions with financial firms, lawyers and tax consultants about applying to join an existing legal action on a tax dispute, several sources aware of the talks told Reuters.

An application for an intervention would have to be made by mid-June, said one of the sources.

The existing Supreme Court case, filed by Mauritius-based Castleton Investment Ltd, is seen as a test case on the legitimacy of extending the so-called minimum alternate tax (MAT), which was intended to ensure companies inside India paid a minimum tax rate, to foreign investors’ gains.

The government has conceded that MAT will not apply to such gains from April 2015, but the tax authority is pursuing claims for past years.

Castleton’s hearing was brought forward to August to achieve a quicker resolution of the issue.

The court can deny ASIFMA’s application if it rules it does not share enough in common with the Castleton case, which deals with broader tax-related issues.

If accepted, it would be the first time an overseas lobby group has challenged India’s government in its top court.

Foreign investors have been working together to fortify their opposition.

“There has been a lot of lobbying and explanatory work. We have been closely liaising with European and foreign associations in Hong Kong,” said Marc-André Bechet, Director Legal & Tax at the Association of the Luxembourg Fund Industry.

ASIFMA could also pursue its own separate case, but some members say a direct challenge would be more controversial, the sources said.

Foreign firms could also file cases individually, but that could take years. Telecoms company Vodafone (VOD.L), the biggest foreign corporate investor in India, has been caught in a string of tax disputes since it entered the country eight years ago.

Indian bonds and shares have seen a heavy sell-off since foreign funds started publicising the fight against MAT in mid-April.

The government has established a panel to examine the issue, and tax authorities say they would hold off for now on further back-tax claims.

However, the government has said foreign funds who have already received such claims can only challenge them through the legal system.

Several funds including Aberdeen Asset Management (ADN.L) and one owned by BNP Paribas (BNPP.PA) have filed challenges in the High Court of Bombay, but legal experts say a final resolution of the issue will require the country’s top court. ($1 = 64.0900 rupees)

(Editing by Will Waterman) 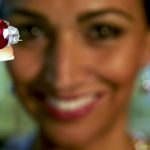 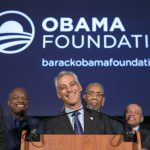 Obama presidential library could open in Chicago in 2020

Column: You only need $50K to be a hedge fund player 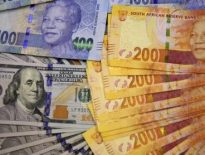 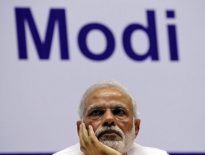