(Reuters) – Britain’s BBC could be doomed unless it makes radical changes, the head of its governing trust said, after its director general quit to take the blame for the airing of false child sex abuse allegations against a former politician. 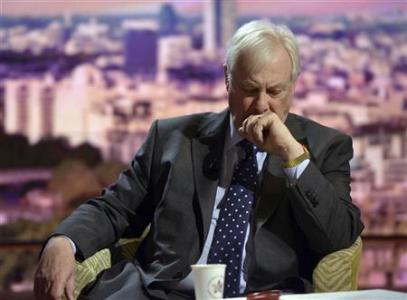 BBC Trust chairman Chris Patten said on Sunday confidence had to be restored if the publicly funded corporation was to withstand pressure from rivals, especially Rupert Murdoch’s media empire, which would try to take advantage of the turmoil.

“If you’re saying, ‘Does the BBC need a thorough structural radical overhaul?’, then absolutely it does, and that is what we will have to do,” Patten, a one-time senior figure in Prime Minister David Cameron’s Conservative Party and the last British governor of Hong Kong, told BBC television.

“The basis for the BBC’s position in this country is the trust that people have in it,” Patten said. “If the BBC loses that, it’s over.”

George Entwistle resigned as director general on Saturday, just two months into the job, to take responsibility for the child sex allegation on the flagship news programme Newsnight.

The witness in the Newsight report, who says he suffered sexual abuse at a care home in the late 1970s, said on Friday he had misidentified the politician, Alistair McAlpine. Newsnight admitted it had not shown the witness a picture of McAlpine, or approached McAlpine for comment before going to air.

Already under pressure after revelations that a long-time star presenter, the late Jimmy Savile, was a paedophile, Entwistle conceded on the BBC morning news that he had not known – or asked – who the alleged abuser was until the name appeared in social media.

The BBC, celebrating its 90th anniversary, is affectionately known in Britain as “Auntie”, and respected around much of the world.

But with 22,000 staff working at eight national TV channels, 50 radio stations and an extensive Internet operation, critics say it is hampered by a complex and overly bureaucratic and hierarchical management structure.

Journalists said this had become worse under Entwistle’s predecessor Mark Thompson, who took over in the wake of the last major crisis to hit the corporation and is set to become chief executive of the New York Times Co on Monday.

In that instance, both director general and chairman were forced out after the BBC was castigated by a public inquiry over a report alleging government impropriety in the fevered build up to war in Iraq, leading to major organizational changes.

One of the BBC’s most prominent figures, Newsnight presenter Jeremy Paxman, said since the Iraq report furore, management had become bloated while cash had been cut from programme budgets.

“He (Entwistle) has been brought low by cowards and incompetents,” Paxman said in a statement, echoing a widely-held view that Entwistle was a good man who had been let down by his senior staff.

Prime Minister Cameron appeared ready to give the BBC the benefit of the doubt, believing that “one of the great institutions of this country” could reform and deal with its failings, according to sources in his office.

Patten, who must find a new director general to sort out the mess, agreed that management structures had proved inadequate.

“Apparently decisions about the programme went up through every damned layer of BBC management, bureaucracy, legal checks – and still emerged,” he said.

“One of the jokes I made, and actually it wasn’t all that funny, when I came to the BBC … was that there were more senior leaders in the BBC than there were in the Chinese Communist Party.”

Patten ruled out resigning himself but other senior jobs are expected to be on the line, while BBC supporters fear investigative journalism will be scaled back. He said he expected to name Entwistle’s successor in weeks, not months.

Among the immediate challenges are threats of litigation.

McAlpine, a close ally of former Prime Minister Margaret Thatcher, has indicated he will sue for damages.

Claims for compensation are also likely from victims who say Savile, one of the most recognizable personalities on British television in the 1960s, 70s and 80s, sexually abused them as children, sometimes on BBC premises.

Two inquiries are already under way, looking at failures at Newsnight and allegations relating to Savile, both of which could make uncomfortable reading for senior figures.

Police have also launched a major inquiry into Savile’s crimes and victims’ allegations of a high-profile paedophile ring. Detectives said they had arrested their third suspect on Sunday, a man in his 70s from Cambridgeshire in central England.

Funded by an annual license fee levied on all TV viewers, the BBC has long been resented by its commercial rivals, who argue it has an unfair advantage and distorts the market.

Murdoch’s Sun tabloid gleefully reported Entwistle’s departure with the headline “Bye Bye Chump” and Patten said News Corp and others would put the boot in, happy to deflect attention after a phone-hacking scandal put the newspaper industry under intense and painful scrutiny.

He said that “one or two newspapers, Mr. Murdoch’s papers” would love to see the BBC lose its national status, “but I think the great British public doesn’t want to see that happen”.

Murdoch himself was watching from afar.

“BBC getting into deeper mess. After Savile scandal, now prominent news program falsely names senior pol as paedophile,” he wrote on his Twitter website on Saturday.

It is not just the BBC and the likes of Entwistle and Patten who are in the spotlight.

Thompson, whom Entwistle succeeded in mid-September, has also faced questions from staff at the New York Times over whether he is still the right person to take one of the biggest jobs in American newspaper publishing.

Britain’s Murdoch-owned Sunday Times queried how Thompson could have been unaware of claims about Savile during his tenure at the BBC as he had told British lawmakers, saying his lawyers had written to the paper addressing the allegations in early September, while he was still director general. 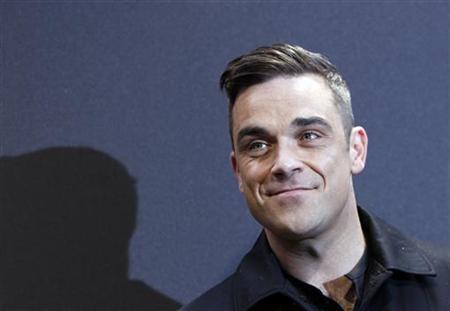 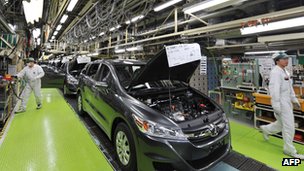