(Reuters) – British singer-songwriter Ed Sheeran, who conquered music charts in his native United Kingdom with his 2011 debut album “+”, is bringing his unique style of acoustic soul hip-hop to the United States. 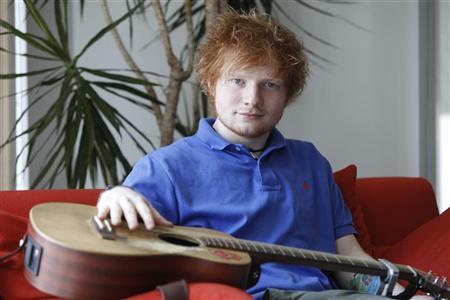 Sheeran, 21, of Suffolk county, England, created his album “+” in one month after his single “The A-Team” picked up steam through digital downloads in the UK early in 2011. It peaked at No. 3 on the singles chart.

The album, released last September, debuted at No. 1 in the UK and earned the coveted breakthrough artist and best solo male awards at the 2012 Brit Awards, the UK equivalent of the Grammys.

“The A-Team” is due to hit U.S. stores on June 12, riding the coattails of successful entries into the market by British boy bands One Direction and The Wanted.

“I’m not coming to be the antidote (to boy bands),” said Sheeran, who blends urban beats and rap into his pop style. “I’m coming to be myself, and hopefully people will like it. I think it’s great that British acts, in general, not just boy bands and not just Adele … are getting recognition in America.”

Sheeran was among the performers at Queen Elizabeth II’s diamond jubilee in London on Monday, harkening back to his beginnings in music.

“The first time I picked up a guitar was when I saw Eric Clapton on TV at the golden jubilee play ‘Layla,’ and I thought ‘that was a wicked song.’ I wanted to learn it, so I got a guitar and learned it,” said Sheeran.

Between 2005 and 2011, he recorded five extended plays including a collection of love songs called “Songs I Wrote With Amy”. He delved into the UK grime scene with artists such as Wiley and Devil on another titled “No. 5 Collaborations Project.”

The singer described “+” as a “collection of stories” from a five-year period. He sings of drinking too much in “Drunk,” a relationship break-up in “U.N.I.” and a young prostitute succumbing to drugs in lead single, “The A-Team.”

“I never really anticipated that ‘The A-Team’ would be as big a success as it was, just because no one really wanted to play it to begin with,” said Sheeran.

“When it was released, it charted high and just stayed there … but because of the subject matter, I didn’t really expect that. I expected it to just be looked over.”

Sheeran said there have been many influences on his music including singer-songwriters Damien Rice and Bob Dylan. And although he has been compared to Jason Mraz, David Gray and Paolo Nutini, Sheeran insists that he is bringing something new to the board.

“I didn’t make it in the singer-songwriter world, I came up through the urban world,” said Sheeran, who gained popularity through playing in hip-hop and rap clubs in London.

His urban style is best displayed on tracks like “You Need Me, I Don’t Need You,” on which Sheeran raps lyrics: “I sing, I write my own tune, and I write my own verse. Hell, don’t need another wordsmith to make my tune sell.”

Critics have favorably received “+”, which scored 65 out of 100 on review aggregator Metacritic.com. But Peter Robinson of UK newspaper The Guardian has slammed Sheeran and Adele for leading a wave of “the new boring” in British pop music, calling their music “beige” and lacking the dynamism of Lady Gaga.

“He thinks Lady Gaga is the best thing to happen to pop music and (British band) Girls Aloud are wicked … To him, (Adele and I) are boring because I don’t wear glittery makeup or a bacon thong everyday,” Sheeran said defiantly.

He recently toured the United States with UK band Snow Patrol and will appear on the music festival circuit this summer, performing in Europe and Australia before embarking on a North American tour due to kick off in Toronto on September 17 and conclude in Seattle, Washington, on October 6.

“It’s been very positive. People like to celebrate success here (in the U.S.) … the fans are all really nice, and I see them after every gig,” he said. 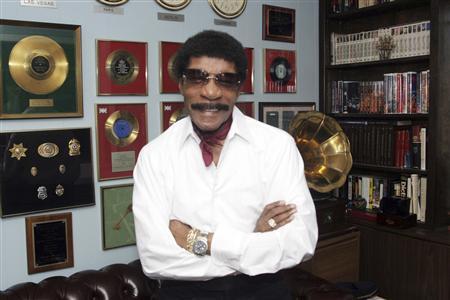 Celebrity Herb Reed of vocal group The Platters dead at 83 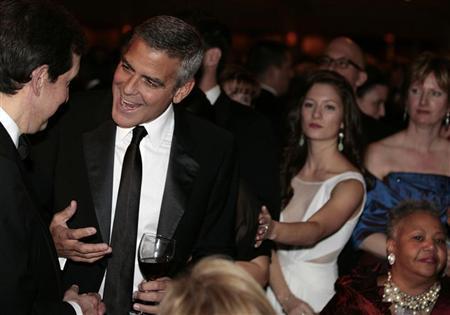