The Sunrise Ruby, which has the rare grading of ‘pigeon’s blood’ colour, was hotly disputed by two private collectors bidding by telephone, it said, declining to name the anonymous buyer. From a private collection of Cartier jewels, it had been estimated at 11.7 million to 17.5 million Swiss francs.

A new record price for a ruby, David Bennett, the chairman of Sotheby’s international jewellery division who conducted the auction, said as he brought down the hammer to applause.

Bennett later told reporters: It becomes the most expensive coloured gemstone that is not a diamond.

It completely mesmerised me, in a sense for me it is the stone of my (40-year) career, it’s just a magical stone.

A historic pink diamond fetched 14.8 million Swiss francs($15.94 million). Graded fancy vivid pink, it is believed to have been part of the incredible jewellery collection of Princess Mathilde Bonaparte, niece of France’s Emperor Napoleon I, according to the auction house.

The exquisite 8.72 carat stone only recently resurfaced, having been kept in a bank vault since the 1940s, Sotheby’s said. Neither the seller nor the buyer, a man bidding in the centre of the room, were identified.

The market for coloured diamonds and precious gemstones has never been stronger, and pink diamonds rank among the rarest of all, Sotheby’s said in a statement.

At rival Christie’s in Geneva on Wednesday, a diamond brooch given by Spain’s King Alfonso XII to his wife as a wedding gift and ruby ear pendants once owned by Jacqueline Kennedy Onassis are among highlights of a sale that could fetch more than $80 million. 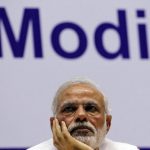 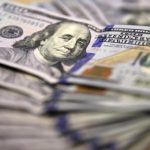 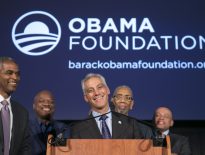 News Obama presidential library could open in Chicago i… 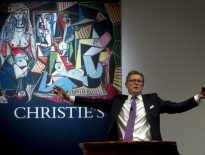 Entertainment With a $180 million Picasso, art market enters a n…