(Reuters) – Sylvester Stallone has knocked out a lawsuit by an author who accused the actor of copying his screenplay to make his popular 2010 movie “The Expendables.”

U.S. District Judge Jed Rakoff in Manhattan on Monday dismissed the lawsuit filed last October by Marcus Webb, who had called the movie’s screenplay “strikingly similar and in some places identical” to his own work, “The Cordoba Caper.”

Rakoff said he will explain the reasoning behind his decision “in due course.”

Webb had sought damages for alleged copyright infringement, and a ban on infringement in any sequel by Stallone; co-author David Callaham; Nu Image Films, which produced the movie; and Lions Gate Entertainment Corp, which distributed the movie in the United States.

According to the lawsuit, “The Cordoba Caper” told a story of elite, highly-trained mercenaries hired to defeat a General Garza, a rogue army general in a small Latin American country. Webb said the plot of “The Expendables” was much the same and also included a villain named General Garza.

But the defendants said Webb wrote his screenplay after Callaham had produced three drafts of his own, which Stallone later revised. They also said the works differed fundamentally in “overall concept and feel.”

In oral argument, Rakoff focused on whether the screenplays were “strikingly similar.”

He appeared to disagree with a suggestion by Webb’s lawyer that, while Garza may be the 34th-most common Hispanic last name, it was nonetheless notable that generals in both screenplays had the same names and positions.

“There must be dozens of characters in movies, in plays, named Kelly or named, as you point out, Garcia, or the like,” he said. “Is Garza really a name sufficiently (different)? It is not like it is either a made up name or a very unusual name, where you might – you know, if the name was Rumpelstiltskin.”

“The Expendables” was released on August 13, 2010, and also featured other older stars from action movies, like Jet Li and Arnold Schwarzenegger.

A sequel, “The Expendables 2,” is scheduled for release on August 17. 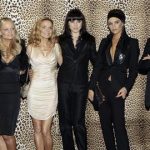 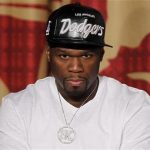 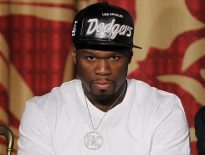