U.S. District Judge George O’Toole Jr., who is presiding over the case, revealed the timeline as jury selection began.

Potential jurors stared intently at Tsarnaev, who was flanked by attorneys as he sat at a table in the front of the jury assembly room.

Over the next three days, about 1,200 people will be called to federal court to be considered as potential jurors. To begin, O’Toole gave the first 200 initial instructions.

Twelve jurors and six alternates are to be selected.

O’Toole briefly outlined the 30 charges against Tsarnaev, which include using a weapon of mass destruction. He is also accused of killing an MIT police officer as he and his brother tried to flee several days after the bombings.

The judge also explained that the trial is unlike most other federal trials. In this case, the jury will be asked to decide both whether Tsarnaev is guilty and what his punishment will be if he is convicted: life in prison or death.

People who lost loved ones or were injured in the 2013 bombings are searching for justice in one of the nation’s most closely watched federal death penalty cases in two decades.

The courthouse was under tight security Monday, with dozens of police officers inside and outside the building. One bombing victim, Karen Brassard, was outside the jury room waiting to observe jury selection. There were no Tsarnaev supporters outside the courthouse as there have been during pretrial hearings.

The jury will decide whether Tsarnaev planned and carried out the twin bombings that killed three people and injured more than 260 near the finish line of the race on April 15, 2013. Survivors and first responders are among those expected to testify.

The trial is perhaps the most scrutinized case of its kind since Timothy McVeigh was convicted and executed for the 1995 Oklahoma City bombing.

Tsarnaev’s lawyers tried for months to get the trial moved, arguing the Boston jury pool was tainted because of the number of locals with connections to the race. They drew parallels to the McVeigh case, which was moved to Denver for similar reasons. But O’Toole refused.

Jury selection is expected to be a lengthy process because of extensive media coverage and the thousands of runners, spectators and others in the area affected by the bombings. The process also could be slowed if potential jurors express objections to the death penalty.

Prosecutors say 21-year-old Dzhokhar Tsarnaev and his brother, Tamerlan Tsarnaev — ethnic Chechens who had lived in the United States for about a decade — carried out the bombings as retaliation for U.S. actions in Muslim countries. Tamerlan, 26, died after a firefight with police several days after the bombings.

The defense is expected to argue that Dzhokhar Tsarnaev had a difficult childhood and was heavily influenced by his elder brother, who authorities believe became radicalized in the last few years of his life, including during a six-month trip to Dagestan and Chechnya in 2012.

Copyright 2015 by The Associated Press 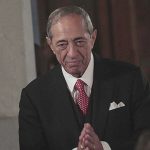 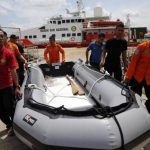 Robin Gibb ‘In Coma, Has Days To Live’

Menendez says he reimbursed donor for 2 trips, denies having sex with Dominican prostitutes 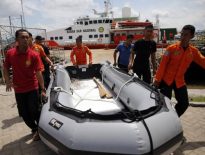 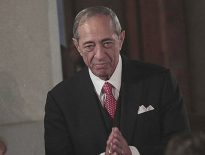