(Reuters) – A landmark U.S. fine for excessive speculation in the benchmark cotton futures market has revealed a startling new dimension to last year’s blistering winter price rally: the biggest bull was a Chinese trader with a $510 million punt.

It is the agency’s biggest-ever “disgorgement” agreement associated with position limits and among the biggest civil fines, according to a review of a dozen such enforcement measures since 1995. It is the first against a Chinese firm.

The action is the latest sign that the CFTC is cracking down on excessive speculation harder than ever following years of political uproar over soaring grain and energy prices. Even tougher limits on commodity markets come into force next month amid the first big wave of Dodd-Frank financial reforms imposed following the 2008 financial crisis.

“If there was any question that we would vigorously enforce the new limits that go into effect in less than three weeks, I think these settlements speak for themselves,” CFTC commissioner Bart Chilton said in an emailed statement.

But it is even more remarkable for the light it sheds on one of the most explosive periods in the volatile cotton contract’s history, with prices on the IntercontinentalExchange surging by more than a third in two months to reach a post-Civil War high of $2.27 by early March – just a few weeks after the CFTC told Ge’s firms to reduce its position.

“This may be an ‘aha’ moment,” said one 30-year veteran of the cotton market. “We knew there was something. So that’s what it was. That’s a huge position, particularly for someone who was then forced out of the market.”

Shanghai-based Ge, who the CFTC said had 13 years of experience trading commodities, currencies and shares, could not be reached for comment on Tuesday. Shanghai Chaos Investment, one of his funds named by the CFTC, declined to comment.

Shanghai Chaos Investment describes itself as a trend-following fund on its website, but provides no details on assets under management. It says returns have averaged around 120 percent since Ge founded it in 2005, while industry participants estimated it manages billions of yuan (hundreds of millions of dollars). (www.chaoschina.com/)

With his ownership in Sheenson and a Hong Kong-based fund group called Chaos Investment Ltd, Ge had amassed a position across the market as large as 5,389 lots, about 8 percent larger than the federal limit, the CFTC said. That would have had a notional value of over $510 million as of February 10, 2011, based on the front-month price on that date.

His position in a single-month cotton contract ran as high as 4,099 lots, more than 17 percent beyond the maximum allowed for speculation, the CFTC said. Ge exceeded the limits on every day between January 6 and February 11 of 2011, which was nearly two years after the violations in the soybean oil market.

Ge’s one-month holding equates to nearly 5 percent of total open interest in the spot-month contract at the time, or about a third of average daily trade, according to Reuters calculations. It is not clear whether his holdings were concentrated in the prompt month or not, or whether he ever took delivery of cotton.

At their peak, Ge and his firms’ position was equal to more than one-eighth of total fund investments in the cotton futures and options market, based on separate CFTC data that put total “managed money” holdings at just over 40,000 lots.

While China in general has long been a large presence in cotton as the world’s top consumer, the role of Chinese traders in the futures market has been a quietly growing force – one often talked about in generalities, rarely specifics.

“People have a difficult time grasping that there are hundreds of multimillionaires in China that nobody’s ever heard of,” said Ron Lawson, a partner at commodity investment firm LOGIC Advisors who has been trading cotton since 1986 and provides advice to Chinese investors on U.S. agricultural markets.

AND THEN THEY FELL

It is unclear how much money Ge made on his cotton trade, which the CFTC said was reduced to within the limits on February 14 after the agency’s Division of Market Oversight had called a manager at the funds to advise him of the violation.

Data suggest that much of the position may have been liquidated the previous Friday. On February 11, total market open interest – the number of outstanding contracts in the market – dropped by more than 21,000 lots, or almost 10 percent, one of the biggest declines since 1980, according to exchange data.

The cotton rally peaked on March 7, followed by an even more painfully swift decline as prices halved within four months. Merchants who had struggled to buy physical bales just months earlier were now stuck with surplus stock in a falling market as consumers defaulted on import deals.

A research note posted on Chaos Investment’s website suggests it may have hoped for a bounce.

“In my opinion, even though demand is not good, cotton prices should be encouraging in Q3,” said the note by a fund analyst named Zhau Zhenlin posted on May 13, with cotton trading at just $1.45 a pound.

By July 18, with cotton just $1 per pound, Ge was once again in excess of limits, the CFTC said. By then his position in a single month would have accounted for about 4 percent of the most-active second-month contract, with an estimated notional value of some $175 million, data shows.

Ge’s presence may have contributed to the already-wild price swings, traders said.

“There is no question that they added to the fun on the upside and downside,” said Dennis Gartman, a commodities trader and publisher of The Gartman Letter. “If they buy it, they have to get rid of it.”

Traders speculated that Ge may have unwittingly accumulated an excessive position given the meteoric speed at which prices were soaring on a daily basis.

“It was going up so fast, you could have had exposure immediately and it piles up quick,” said a floor trader.

During the period of Gu’s early 2011 holdings, spot-month cotton futures surged by more than 34 percent in what would prove to be the last leg of a months-long rally fueled by signs of tightening supplies in Pakistan and the United States, undaunted demand from China and a fever among hedge funds.

Cotton traders say that while they have been broadly aware of increasing Chinese trading in U.S. markets, including a growing arbitrage between ICE and the two contracts in China, the state-owned China National Cotton Exchange and Zhengzhou Commodity Exchange, the scale of Ge’s activity was surprising.

“Years ago, everyone would have blamed Cargill, Dunavant, Allenberg and any of the guys on Front Street in Memphis,” said Gartman, referring the heart of the U.S. cotton industry.

Chinese investors are keen to tap investment opportunities in overseas markets, although their options are restrained by China’s strict capital controls.

Although Ge’s position was higher than what is allowed for speculators, it does not necessarily mean it had the biggest trade in the market. Long positions held by hedge funds and big speculators in general accounted for only about a 10th of the total cotton market at the time, CFTC data showed.

Instead, big merchants like Louis Dreyfus’ Allenberg and Glencore are thought of as the biggest players, using the market to hedge their global physical cotton supplies as they buy from Texas farmers and sell to Chinese mills. 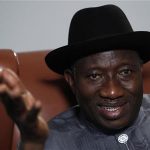 Nigeria says its push on Boko Haram Islamists paying off 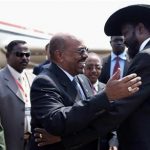 Analysis: Despite his rhetoric, Romney needs the “47 percent” to win

Nigeria power minister says he quit to save integrity

Measuring the Wealth Effect in Education 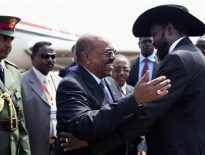 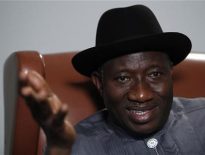